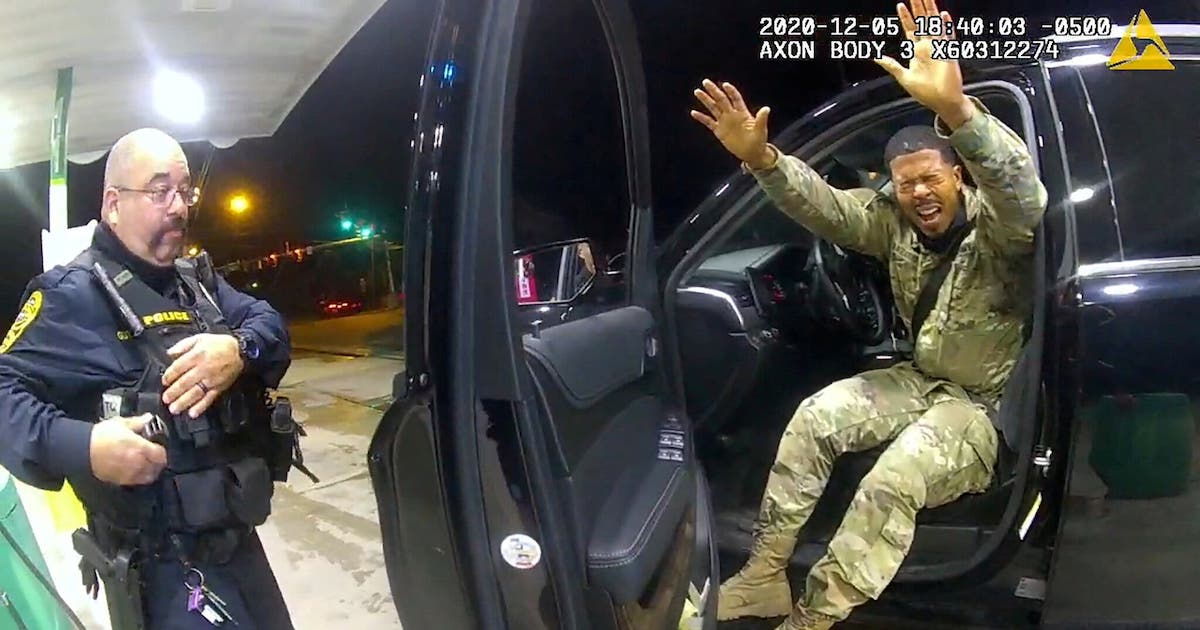 FEATURED IMAGE CREDIT Officer Joe Gutierrez of the Windsor Police Department and Lieutenant Caron Nazario, right, leaving his vehicle after being pepper sprayed by the police at a gas station during a traffic stop in Windsor, Va., last year.Credit…Windsor Police, via Reuters

The suit comes after a monthslong investigation, which Attorney General Mark Herring said uncovered a pattern of “discriminatory, unconstitutional policing.”

Virginia’s attorney general filed a lawsuit on Thursday against the town of Windsor, seeking changes in policing and saying that his office’s monthslong investigation uncovered evidence of discriminatory, unconstitutional policing.

The Windsor Police came under scrutiny after an incident in December 2020, when police officers threatened and pepper sprayed Caron Nazario, a Black and Latino military officer, at a traffic stop, an encounter that was caught on camera.

Virginia’s attorney general, Mark Herring, said in a statement that “while our investigation was spurred by the egregious treatment against Lieutenant Nazario that we all saw in bodycam footage, we discovered that this incident was indicative of much larger problems within the department.”