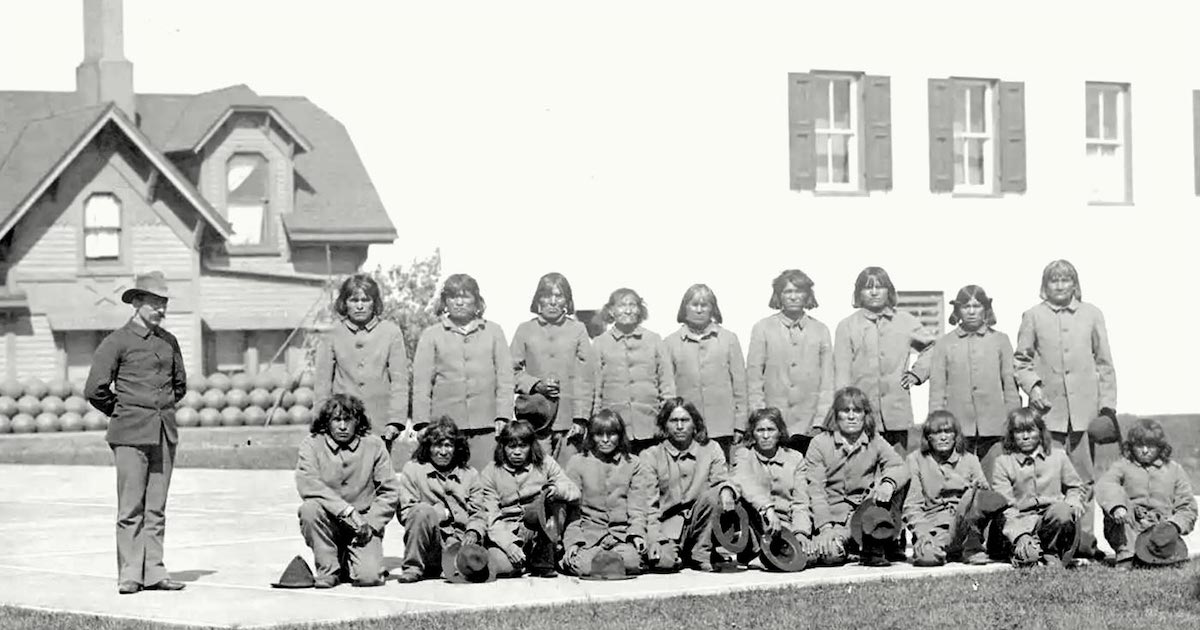 On January 3, 1895, 19 leaders from the Hopi tribe were imprisoned on Alcatraz Island, a prison in the San Francisco Bay, on charges of sedition for opposing the U.S. government’s program of forced education and assimilation.

In the late 1800s, the U.S. government sought to “Americanize” Native American children by forcing them into white-run assimilationist schools, often far from their homes and families. In 1887, the government established Keams Canyon Boarding School in modern-day Arizona and pressured Native American parents from the Hopi tribe to enroll their children. Hopi families that complied with the government’s order and sent their children to school were deemed “Friendlies,” while those who refused were branded “Hostiles.” When most parents refused to part with their children voluntarily, the government resorted to force, sending soldiers to round up children and send them to Keams Canyon.