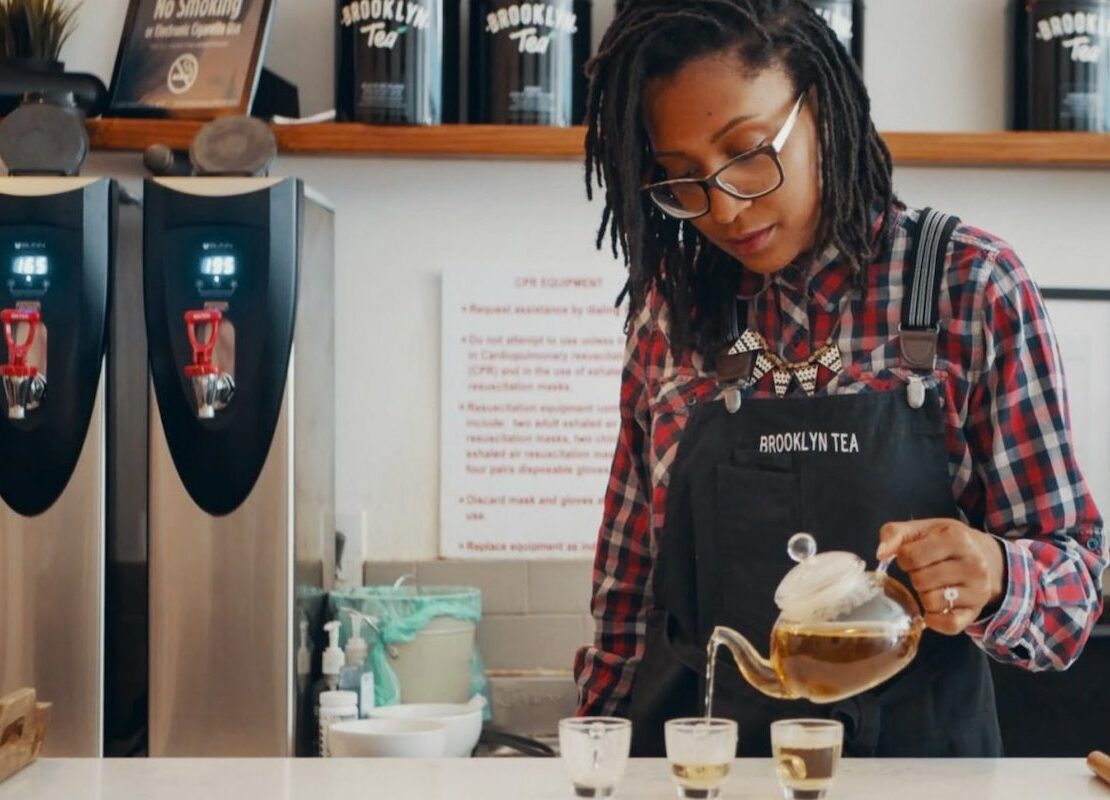 Alfonso Wright can trace his love of tea back to his childhood in Brooklyn, when he would bring his mother a cup every morning from the age of 3. He became fascinated with the distinctive aromas and tastes, and has travelled the world exploring the importance tea holds in different cultures. When he met his wife, Jamila McGill, in 2014, their dates often involved “tea-hopping” between tea shops across New York City, Washington, D.C., and Atlanta. Three years later they started a business together—the Brooklyn Tea Company—and opened a shop near where Alfonso grew up and where Jamila had worked as a teacher.