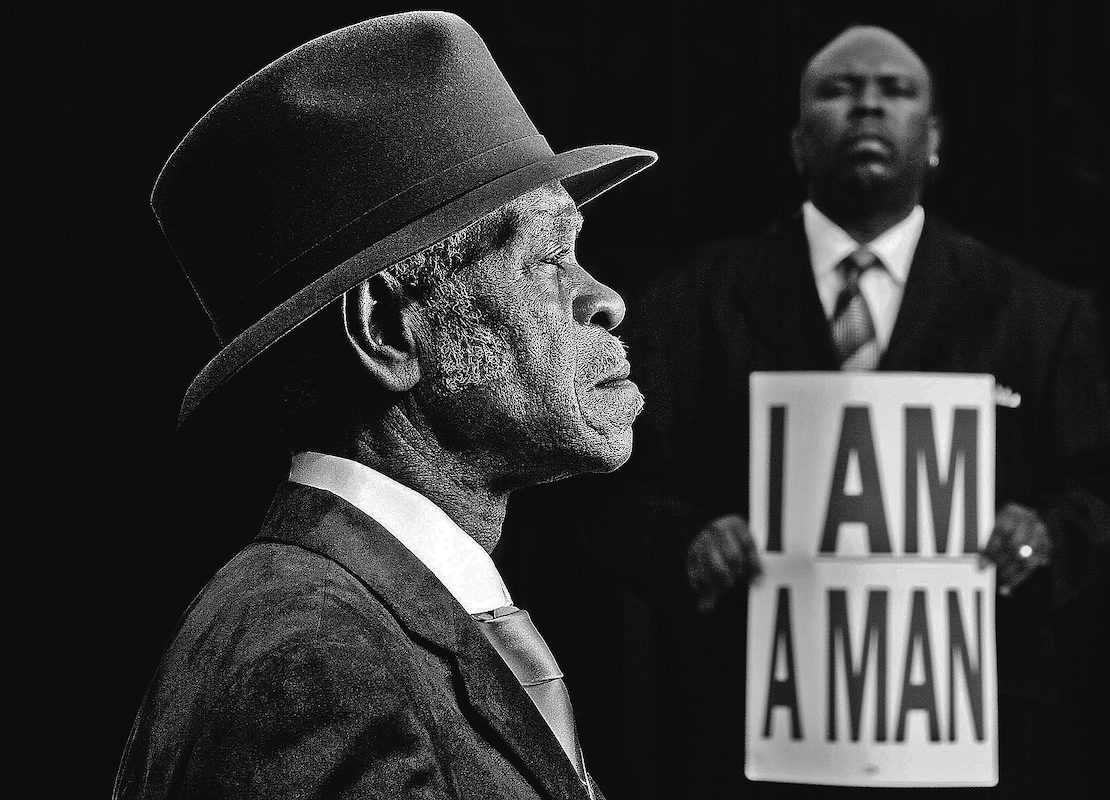 Open letter to the Post-Dispatch remembering its 23 editorial attacks on me | The St. Louis American

MIAMI — The double portrait of father and son presents an extraordinarily intimate experience on the usually busy public plaza surrounding the Museum of Contemporary Art (MOCA) in North Miami which is currently closed.  On a recent weekend, the plaza was a lonely place baking in harsh sunlight, thanks to Covid-19 restrictions against people gathering in groups. Closed due to the pandemic, MOCA commissioned photojournalist Carl Juste to create a large-scale version of his photograph “I Am A Man,” originally published in the Miami Herald.  “I Am A Man” is sited on the plaza, near the museum’s entrance, overlooking a reflecting pool. With this placement, few distractions prevent passersby from coming face to face with Memphis sanitation workers Elmore Nickleberry and son Terence. They’re captured in a historic moment, one that’s densely layered with memories of battles against racial injustice.

In 2008, Juste and his Miami Herald colleague Leonard Pitts, Jr. traveled to visit Memphis to cover the 40th anniversary of the Memphis sanitation workers strike, meeting the elder Nickleberry who had taken part in that strike. The Rev. Dr. Martin Luther King, Jr. had come to Memphis to march with the workers on April 3, 1968; he was assassinated in that city the following day. When Juste and Pitts traveled to Memphis, Barack Obama was campaigning to become the first Black president of the United States.