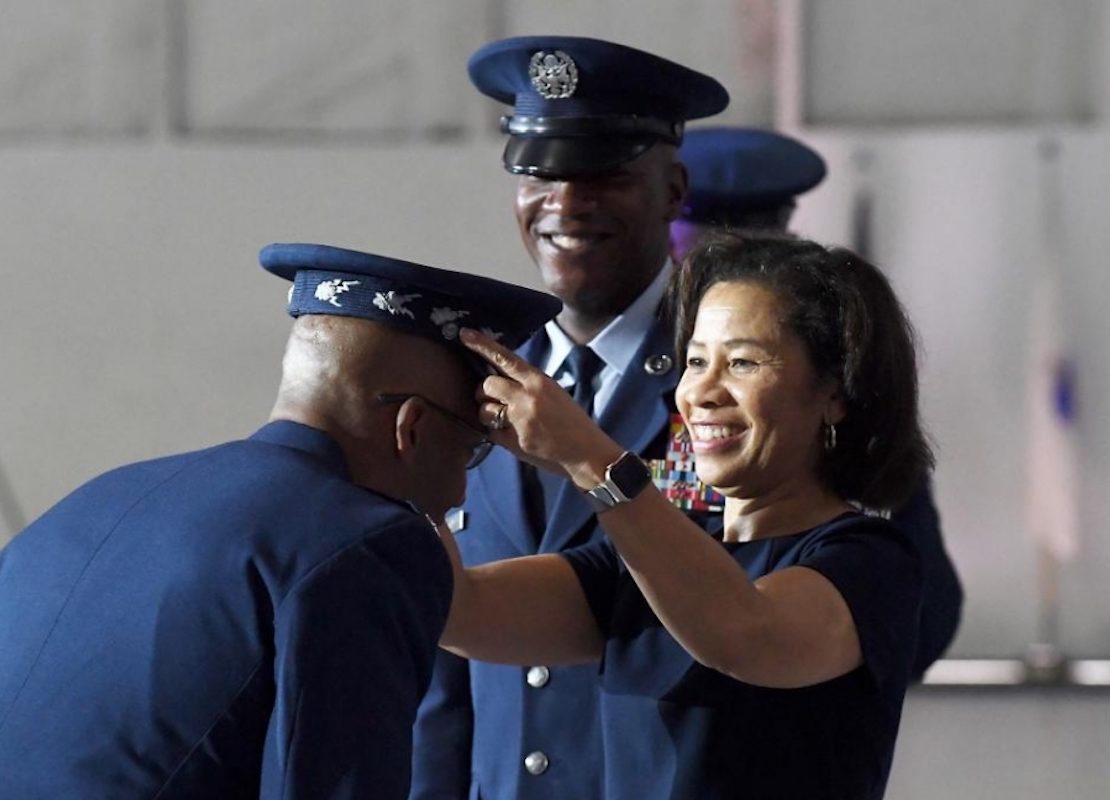 Gen. Charles “CQ” Brown Jr. became the new chief of staff of the Air Force on Thursday, making history as the first Black chief of a military service and acknowledging the significance to himself and others.

“This is a very historic day for our nation, and I do not take this moment lightly,” Brown said, speaking in a hangar at Joint Base Andrews. “Today is possible due to the perseverance of those who went before me, serving as an inspiration to me and so many others.”