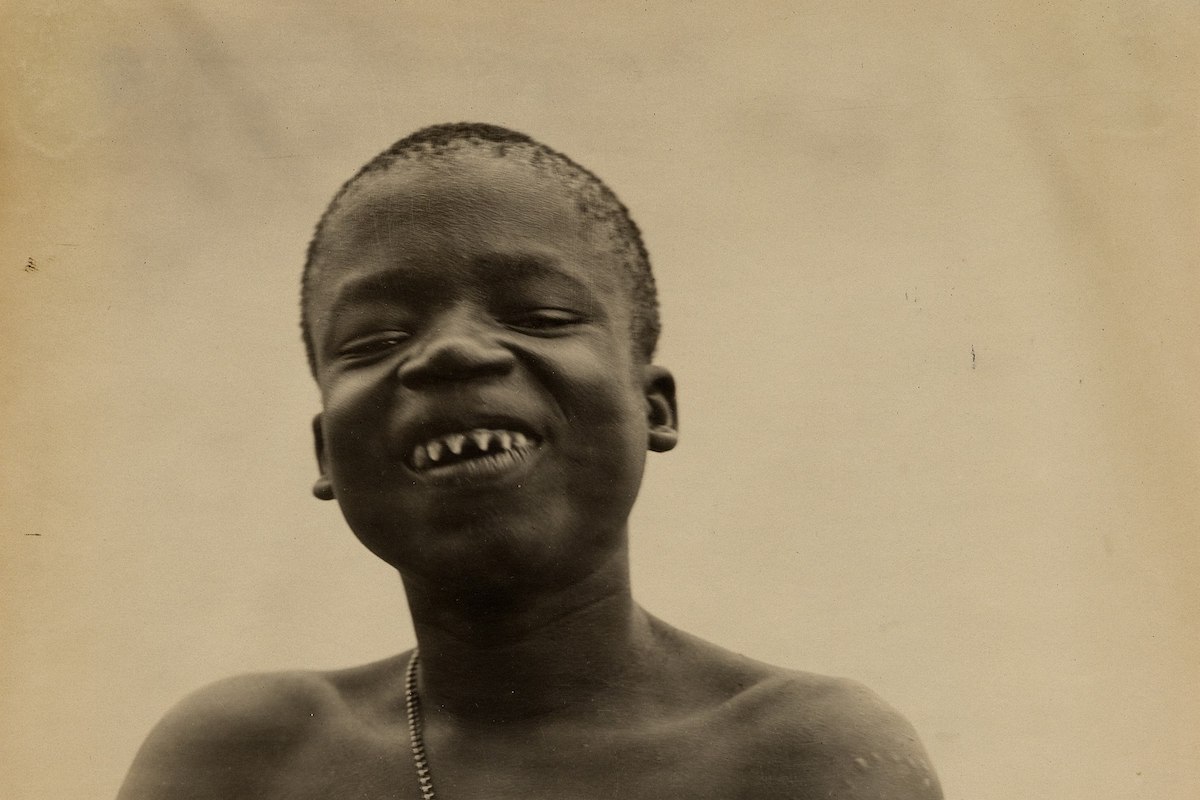 Pamela Newkirk, The Guardian
Ota Benga (second from left) and fellow countrymen at the St Louis World’s Fair, 1904 Photograph: University of South Carolina. Featured Image
The black clergymen who had been summoned to Harlem’s Mount Olivet Baptist Church for an emergency meeting on the morning of Monday 10 September 1906, arrived in a state of outrage. A day earlier, the New York Times had reported that a young African man – a so-called “pygmy” – had been put on display in the monkey house of the city’s largest zoo. Under the headline “Bushman Shares a Cage With Bronx Park Apes”, the paper reported that crowds of up to 500 people at a time had gathered around the cage to gawk at the diminutive Ota Benga – just under 5ft tall, weighing 103lb – while he preoccupied himself with a pet parrot, deftly shot his bow and arrow, or wove a mat and hammock from bundles of twine placed in the cage. Children giggled and hooted with delight while adults laughed, many uneasily, at the sight.

In anticipation of larger crowds after the publicity in the New York Times, Benga was moved from a smaller chimpanzee cage to one far larger, to make him more visible to spectators. He was also joined by an orangutan called Dohang. While crowds massed to leer at him, the boyish Benga, who was said to be 23 but appeared far younger, sat silently on a stool, staring – sometimes glaring – through the bars.

The exhibition of a visibly shaken African with apes in the New York Zoological Gardens, four decades after the end of slavery in America, would highlight the precarious status of black people in the nation’s imperial city. It pitted the “coloured” ministers, and a few elite allies, against a wall of white indifference, as New York’s newspapers, scientists, public officials, and ordinary citizens revelled in the spectacle. By the end of September, more than 220,000 people had visited the zoo – twice as many as the same month one year earlier. Nearly all of them headed directly to the primate house to see Ota Benga.

His captivity garnered national and global headlines – most of them inured to his plight. For the clergymen, the sight of one of their own housed with monkeys was startling evidence that in the eyes of their fellow Americans, their lives didn’t matter.