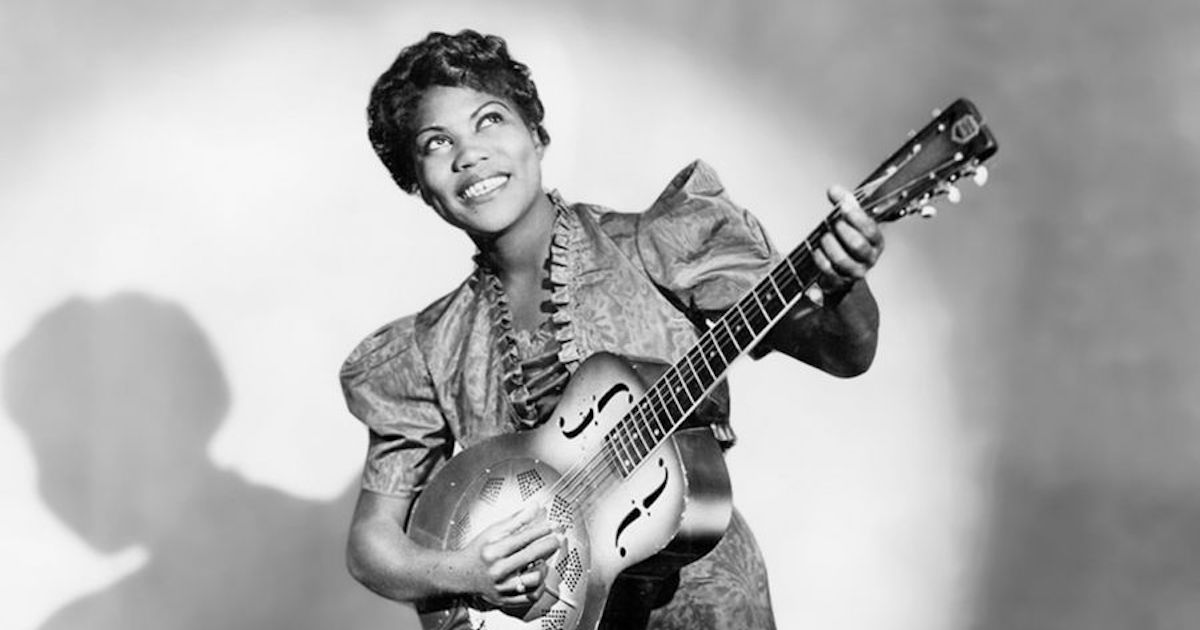 The fact that rock and roll became the stomping ground of white men is pretty bewildering considering the origins of the genre – the roots of which lie with the blues. This blend of plantation works songs, church music, folk, and ragtime swept across America in the early 1900s, at which time it was popularised by a number of black American artists, including the immortal Ma Rainey, a pivotal figure in the Harlem Renaissance.

Sister Rosetta Tharpe, having moved to New York with her mother in the late 1930s, would likely have soaked up the incredible creative energy pushing around the city at this time, and became one of the most celebrated artists of the subsequent generation of musicians to emerge from its smokey interior. Using her hammer-claw guitar packing to evoke the stride piano style of Scott Joplin, Tharpe bought a whole new level of virtuosity to the blues. Coupled with a no-fucks-given attitude and messianic stage presence, she became something of a template for rock ‘n’ roll musicians for years to come – whether those who adopted her style knew it or not.