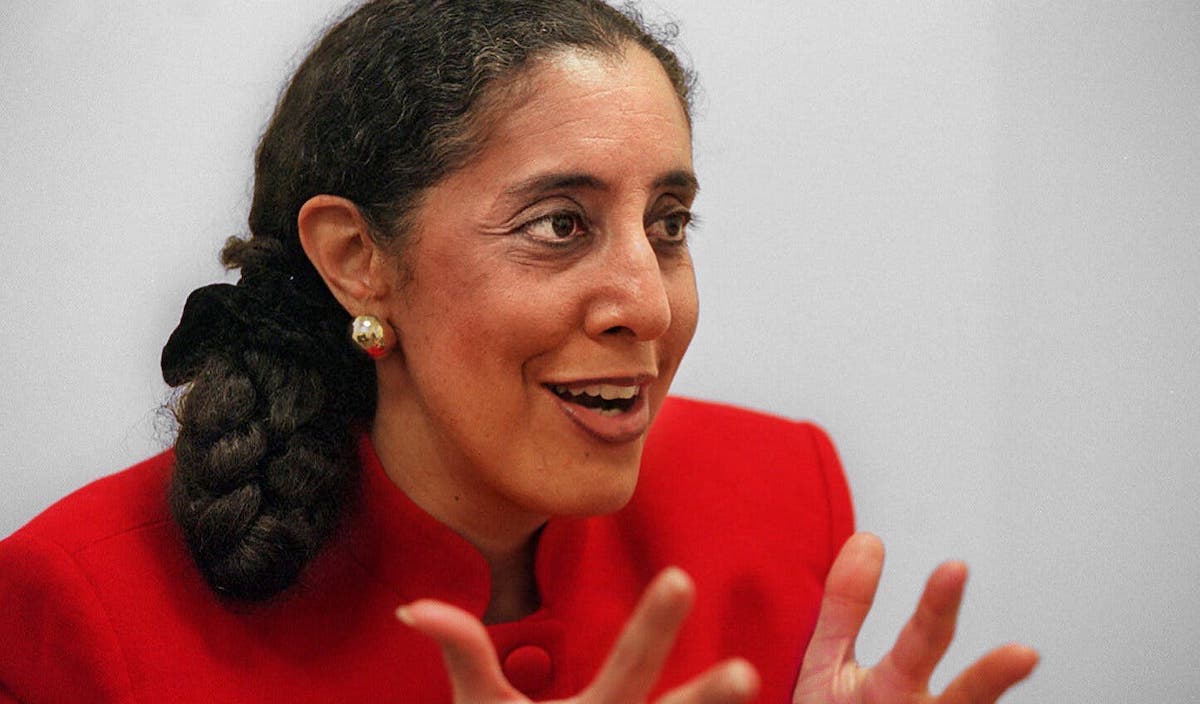 Lani Guinier in 1998, five years after her nomination for a top post in the Justice Department was withdrawn.Credit...Librado Romero/The New York Times

President Bill Clinton pulled her nomination as assistant attorney general in 1993 after she came under criticism for her views on voting rights.

Lani Guinier, a legal scholar whose work on voting rights and affirmative action led President Bill Clinton to nominate her in 1993 to be an assistant attorney general, only to withdraw her name two months later in the face of a Republican campaign against her, died on Friday at an assisted living facility in Cambridge, Mass. She was 71.

Her cousin Sherrie Russell-Brown said the cause was complications of Alzheimer’s disease.

Descended from a long line of lawyers, Ms. Guinier made her name in the 1980s as an unorthodox thinker about whether America’s legal institutions, even after the civil rights revolution of the 1960s, needed to change further to realize true democracy.

She argued, for example, that the principle of “one person, one vote” was insufficient in a system where the interests of minorities, racial or otherwise, were inevitably trampled by those of the majority, and that alternatives needed to be considered to give more weight to minority interests.