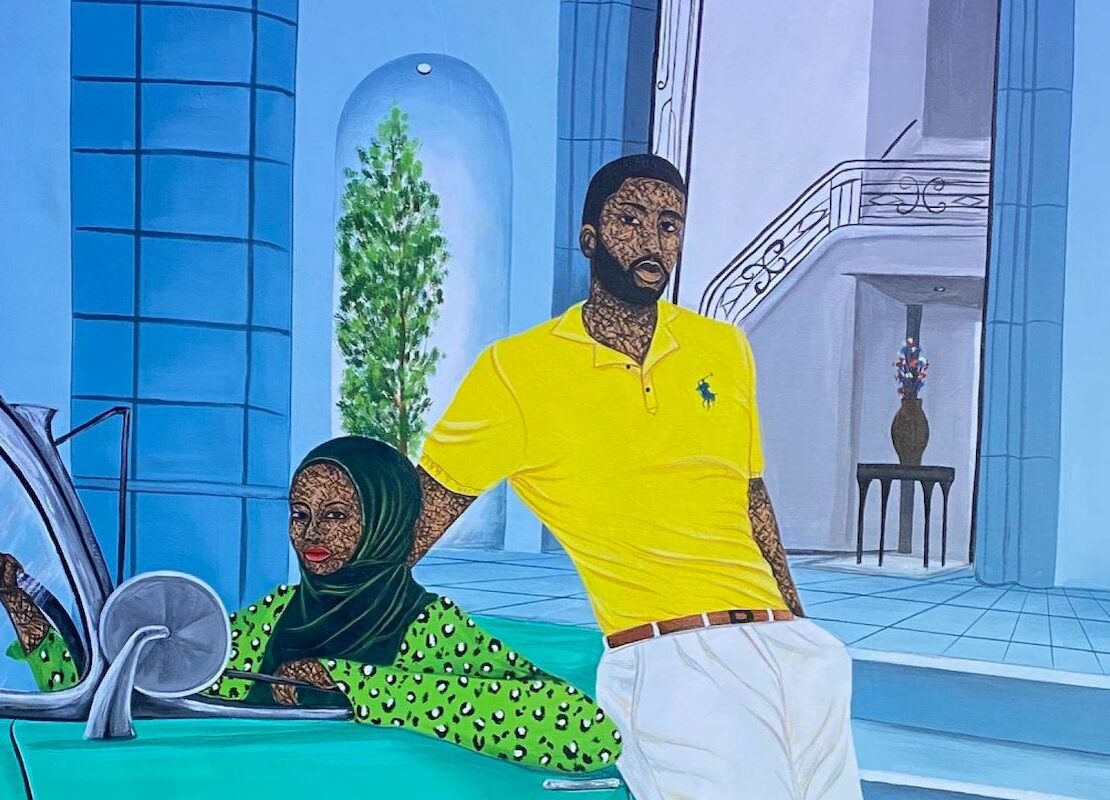 Emerging Ghanaian artist Hamid Nii Nortey has released 20 new figurative paintings of glamorous city scenes that reflect the changing urban and social landscape of Ghana’s capital, Accra. It’s a place that has seen huge transformation in recent decades, one that Nortey now hopes to shine a light on while dispelling any outdated narratives of Africa.

On show at the local ADA \ contemporary art gallery until 16 June, the series, Cross Hatching Affluence, looks to the modern inhabitants of the city as reflections of these changes, offering a visual snapshot into the growing middle- and upper-class elite that has come to represent an increasing share of Accra, as well as Ghana’s and the broader African continent’s population.

As the gallery explains it: “A testament to the extensive socioeconomic and industrial development of post-Independence Ghana, the paintings move away from prevailing tropes of war, poverty and disease as they often relate to the continent. Shifting from the less fortunate to the flourishing middle class, Nortey reclaims ownership over this visual narrative, thereby leading the way for new voices and narratives from the continent to emerge.”