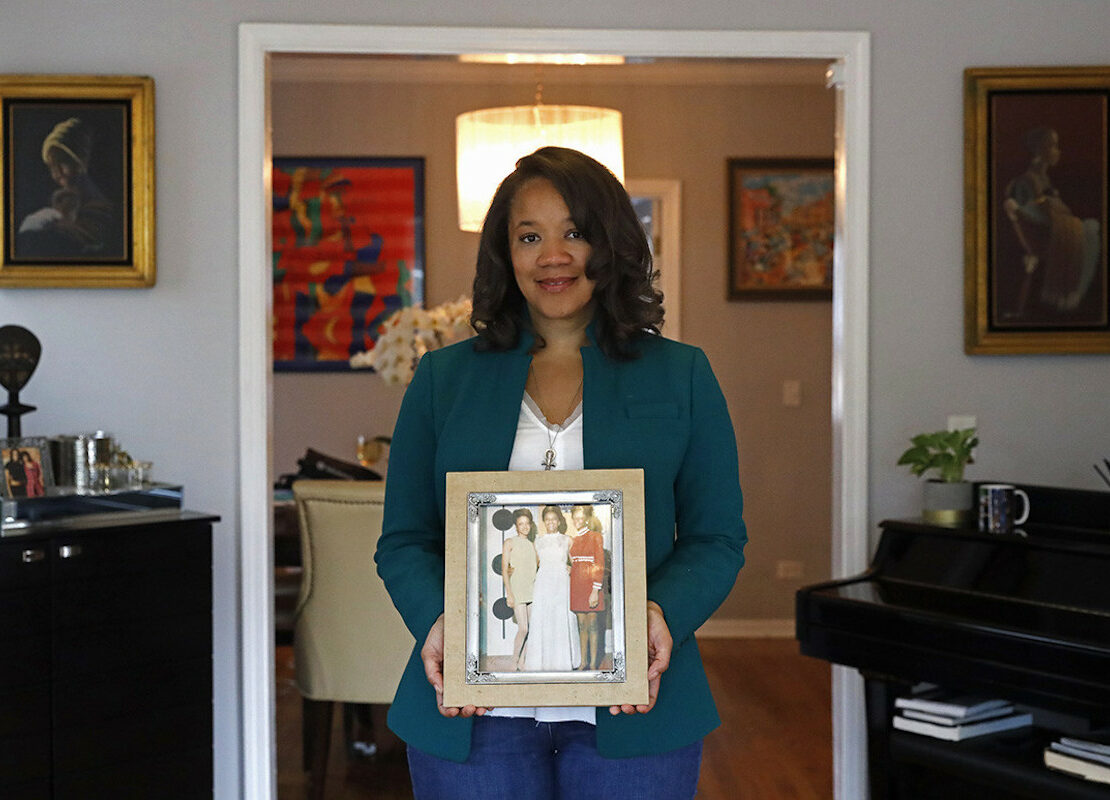 Robin Rue Simmons, former alderwoman of Evanston's 5th Ward, poses with a photo of her mother, aunt and grandmother in her home. Evanston is a community of approximately 74,000 that is home to Northwestern University. | Shafkat Anowar/AP Photo

“It can be the model for other cities that want to step into the national debate,” Providence Mayor Jorge Elorza said of Evanston, Ill.

EVANSTON, Ill. — This suburban town just north of Chicago will soon start cutting checks to Black people to make amends for Jim Crow era wrongs. The test will be whether anyone follows its lead.

The cash is the latest step in Evanston’s plan to dole out $10 million — in $25,000 chunks — to those who suffered the local sting of housing discrimination, and Robin Rue Simmons’ phone has been ringing ever since the City Council greenlit the money in March.

Secret history: the warrior women who fought their enslavers | The Guardian