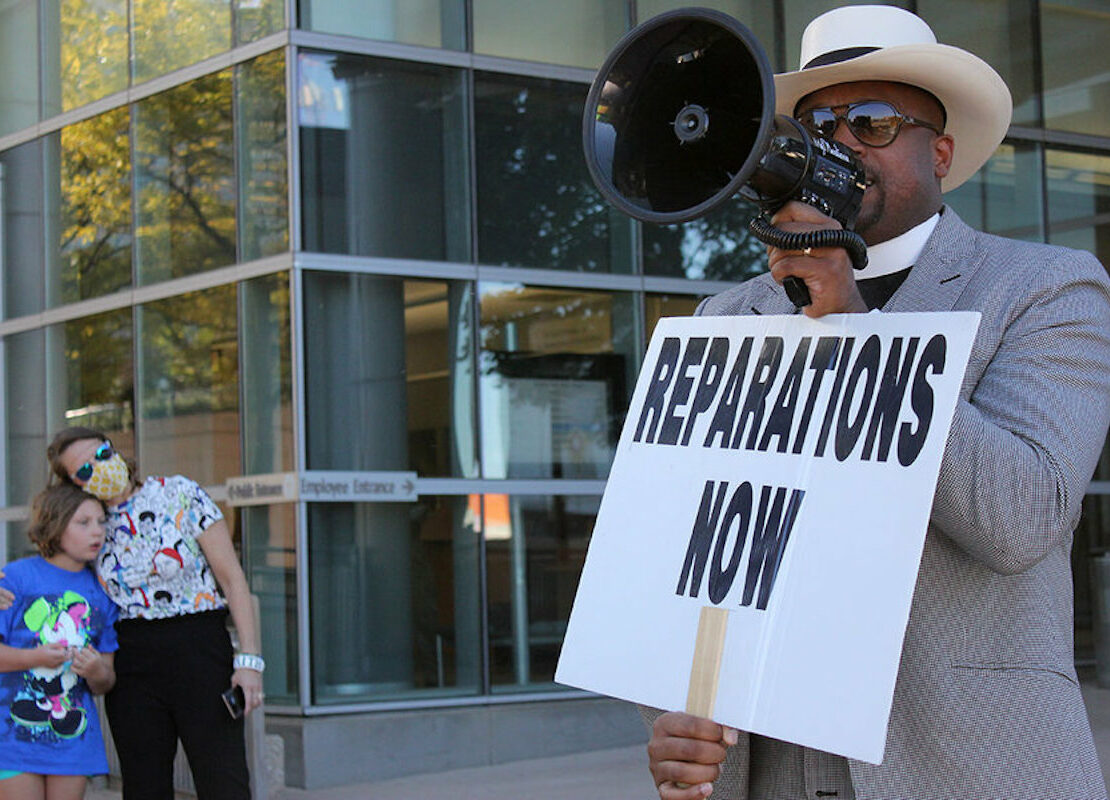 Our reporters touch base with a prominent pastor in Tulsa, Oklahoma, about the evolving fight for reparations in the city. This is an update to Part 1 of our podcast “Tulsa Rising.”

When our reporters met the Rev. Robert Turner in September, he was deep in the fight for reparations for the victims of the 1921 Tulsa race massacre. Every Wednesday for two years, he’d marched from City Hall to the Historic Vernon African Methodist Episcopal Church, the church where he serves as pastor. He’d preach to anyone who would listen about the need to repair the harm done to the Black community – in Tulsa and across the country.

Now, as Tulsa commemorates the massacre’s centennial, we reconnect with Mr. Turner. He shares his frustrations over what he views as efforts to stall progress toward racial justice. He also talks about where he does see change, and what he hopes Tulsa can show the rest of the country.

“I hope they see if you hide from history, the problems don’t go away,” Mr. Turner says. “They only exacerbate them.”