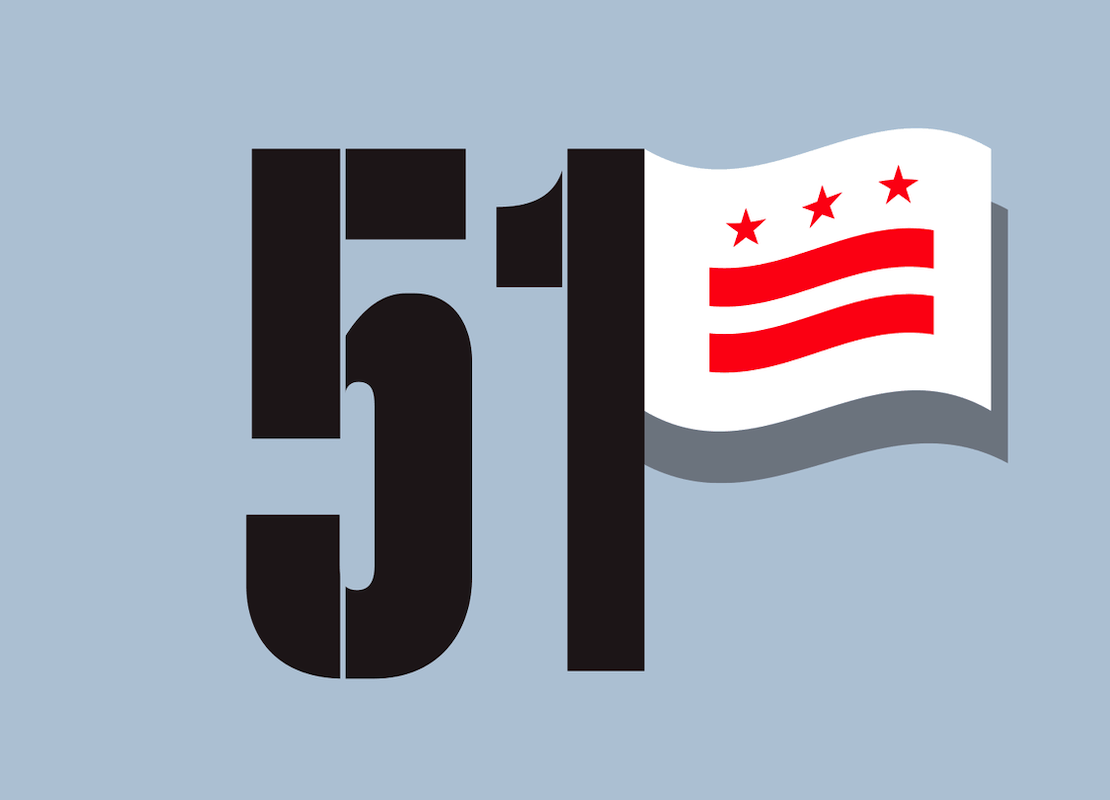 “The real fraud is that we call ourselves a democracy yet deny the people of our capital political representation.”

Less than six months before a mob of the sitting president’s supporters would descend upon the United States Capitol, a more solemn crowd gathered at its steps. Among those who arrived to pay their final respects to the late Representative John Lewis were Washington, D.C., residents who appreciated his unwavering support of statehood for the district. As they waited in line for the public viewing, a small group of Black women raised their fists in honor of the Georgia lawmaker known as the conscience of Congress, who saw their city’s struggle as the very kind of “good trouble” that defines his legacy. Lewis had backed the symbolically named House Resolution 51 since Eleanor Holmes Norton, the District of Columbia’s nonvoting delegate, first introduced it nearly three decades ago. In 1993, Lewis declared, “It is not right that there is still an America where there is still some taxation without representation.”

At a D.C. rally on Wednesday, President Donald Trump called on his supporters to march to that same Capitol and confront legislators, repeating false claims that the 2020 election had been stolen from him. Within hours, many of his embittered followers invaded the halls of Congress. In the days since, area residents, lawmakers, and those watching from other parts of the world have asked how such a breach of security could’ve taken place. But this week’s calamity wasn’t a logistical misstep or simple law-enforcement blunder. It was just one logical outcome of Trump’s twin passions: provoking his base with antidemocratic falsehoods and exerting authoritarian control over populations he deems disposable. In this case, the District had no real voice in the Capitol and no real autonomy to defend its own streets without federal approval.