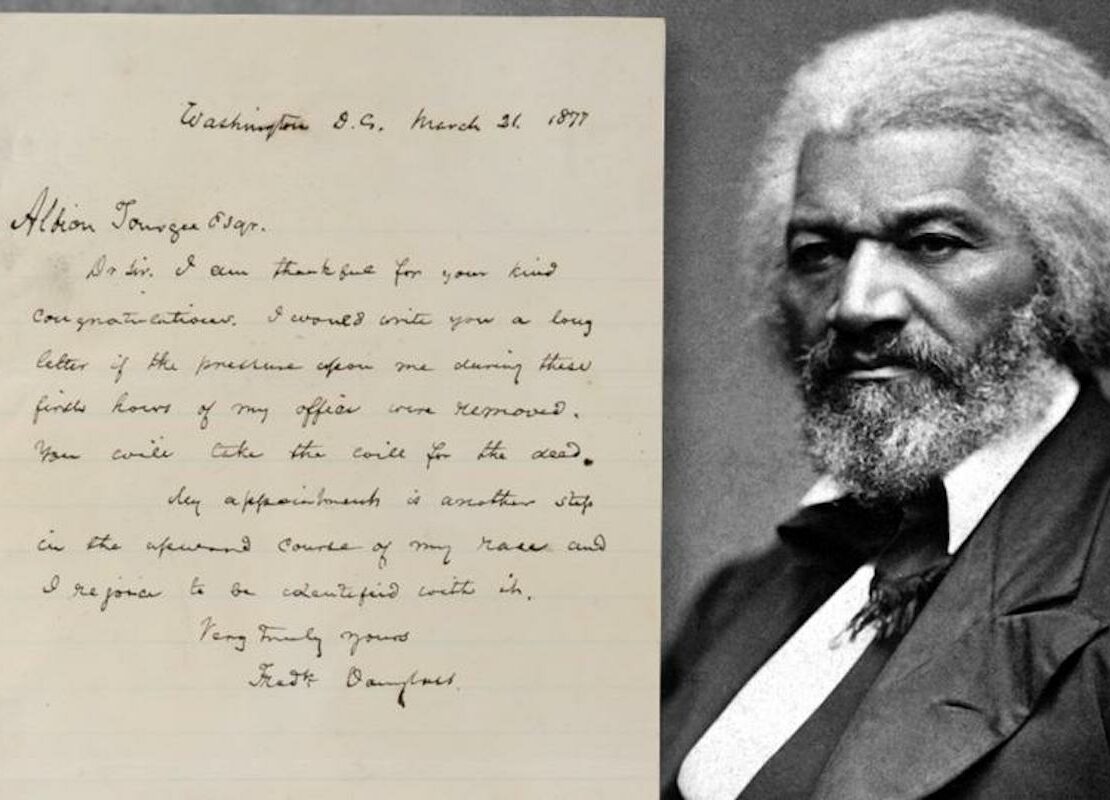 There is nothing quite like letters to reveal one’s innermost thoughts, and Boston-based RR Auction’s first sale of 2021 highlights letters by icons of the Civil Rights Movement, political personalities and social activists. Missives by Frederick Douglass, Martin Luther King, Jr. and Malcolm X are included in this Fine Autographs and Artifacts Auction, which began on December 18. Online bidding runs through January 13.

Estimated at over $15,000, a Frederick Douglass one-page handwritten letter to attorney and pioneering civil rights activist Albion Tourgee, who would later litigate the landmark Plessy v. Ferguson case, is one of the highlights of the auction. It reads in part: “My appointment is another step in the upward course of my race and I rejoice to be identified with it.”