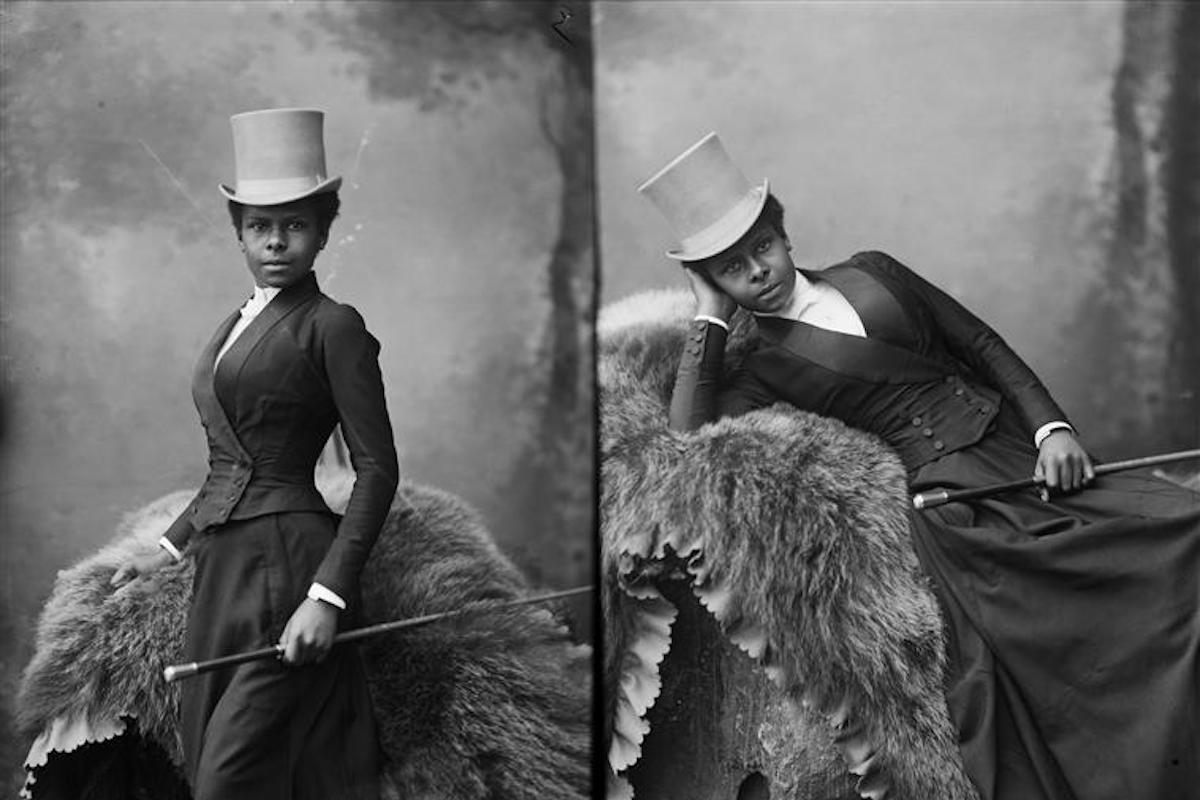 Featured Image. French Ministry of Culture in 1891 at the studio of Paul Nadar

Selika Lazevski exists in six black-and-white photographs and nowhere else. I first saw her when those six studio portraits appeared on Tumblr in 2012. They quickly spread around the Internet as readers asked, Who is she? But although I’ve searched for years, every pin I place to try to map the real woman snaps and slides out of place, multiplying new leads that take me nowhere. I wrote a blog post about her name, guessed the wrong photographer, and saw my error replicate around the Internet, too, even turning up in the publicity materials for a short film about Selika. This much I do know: she was a black amazone in Belle Epoque Paris, a city where black “Amazons” were shown in a human zoo; she was a celebrity who left no other trace than these six tokens of her celebrity; she was a horsewoman without a horse, a power hinted at but not granted.

In the first portrait, she stands with her body turned away from the camera but confronts the photographer with her gaze. The backdrop is hazily painted with trees—European deciduous trees in a landscaped park, natural and artificial at once. She wears the respectable tenue sobre of the late-nineteenth-century riding habit: a light-colored top hat and a dark riding jacket that crosses under the breast and is fastened with two rows of three buttons at her waist. A white stock hugs her throat; her strong bare hands emerge from white cuffs. One holds a long cane or whip. The outline of her leg, slightly lifted, is visible through her skirt. She stands before a waist-high couch covered with a shaggy pelt—wolf or bear rather than exotic leopard or tiger. In the second image, she reclines on the fur as comfortably as her short riding corset allows. In the third photograph, the corset is tighter, and her pale habit, which matches the top hat, is wrinkled at the waist. She is almost smiling. In photograph four, she stands, sternly holding the whip at the top of her thighs. Five and six must have been taken at the same time as the first images in the same tenue sobre. Her hands shift position on the whip; her expression tips over into a frown. Most images of black women in nineteenth-century France show slaves, sexualized nudes, or bare-breasted ethnographic curiosities. Who is this anomaly, Selika, and why, as she vaults into an equestrian world where sex, breeding, and power combine, has she no horse?