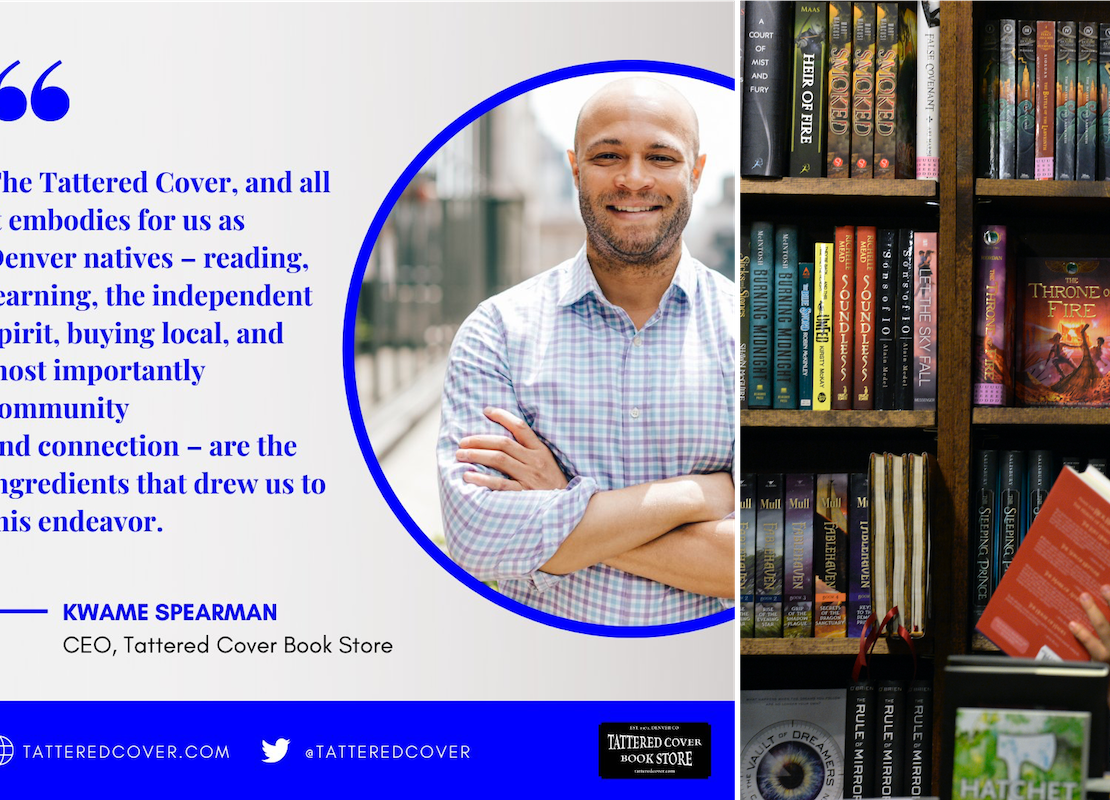 Denver’s beloved local chain — founded in 1971 — has been having a rough year. Several of its locations had to close temporarily because of the pandemic, making a massive dent in sales.

So this week, owners Len Vlahos and Kristen Gilligan announced the sale of the store to Bended Page LLC, a group of investors led by businessmen David Back and Kwame Spearman. Spearman, who is Black, will serve as CEO, making the Tattered Cover the country’s largest Black-owned independent bookstore. They’ll be guided by an advisory board that includes Oren Teicher, former CEO of the American Booksellers Association and outgoing Macmillan CEO John Sargent.