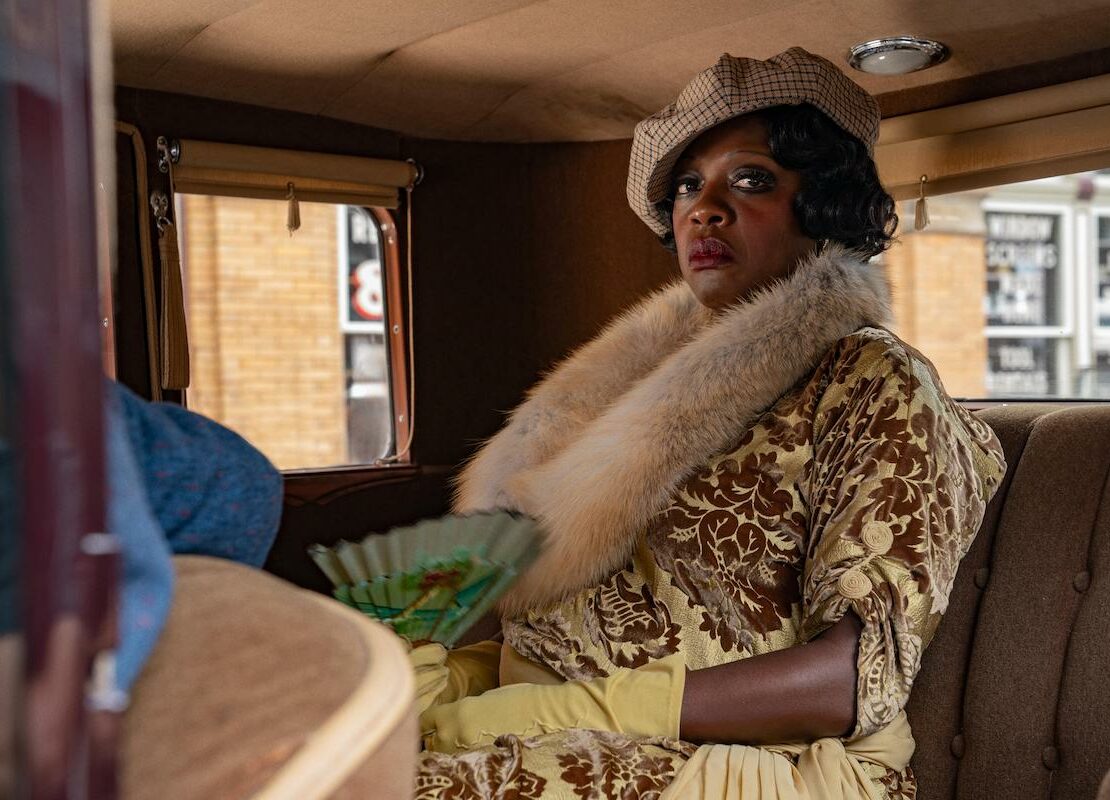 In “Ma Rainey’s Black Bottom,” Viola Davis occupies the screen with the imperious, implacable command of a prizefighter, which in many ways her title character has been forced to become.

With her teeth extravagantly capped, her cheeks lavishly rouged and her eyes ringed with bruiselike shadows, Davis’s Ma Rainey is a terrifying, transfixing figure: domineering, mercurial and deeply wounded. In George C. Wolfe’s captivating adaptation of August Wilson’s play, she exerts the primary centrifugal pull on a production that obeys the confines of Wilson’s tight staging — the story takes place in a Chicago recording studio over the course of one day — but never feels cramped or limited. “Ma Rainey’s Black Bottom” might ostensibly dramatize the recording of the real-life singer’s hit song in 1927. But Wilson’s prodigious torrent of words — the endless stories, soliloquies and entreaties to heaven above — sing with as much musicality as the vintage blues tunes that punctuate the dialogue.