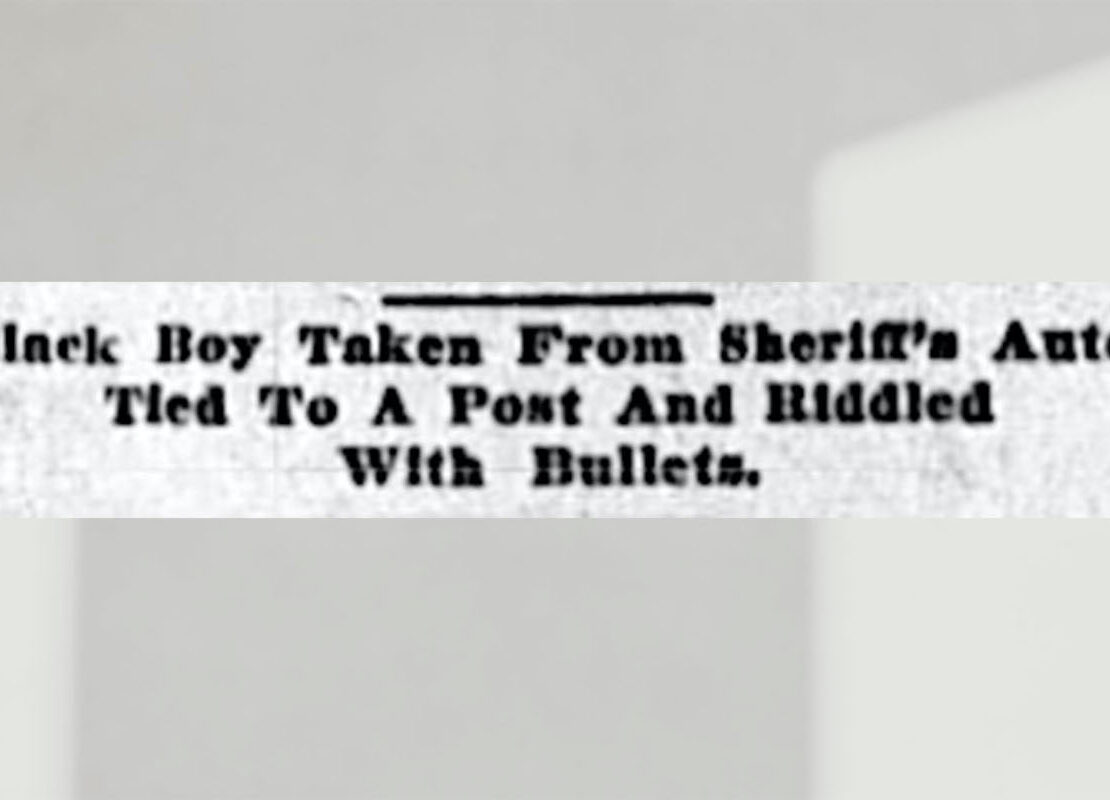 On November 30, 1921, a mob of white men in Ballinger, Texas, seized Robert Murtore, a 15-year-old Black boy, from the custody of law enforcement and, in broad daylight, shot him to death.

After a 9-year-old white girl alleged that she had been assaulted by an unknown Black boy, suspicion immediately fell on Robert, who worked in the same hotel as the white girl’s mother. He was arrested and held in the Ballinger jail, but word soon spread. On the morning of November 30, a white mob formed outside of the jail in an attempt to lynch Robert.  Local law enforcement removed Robert from his cell for transport away from Ballinger; it is unclear whether this was to facilitate or block the lynching.