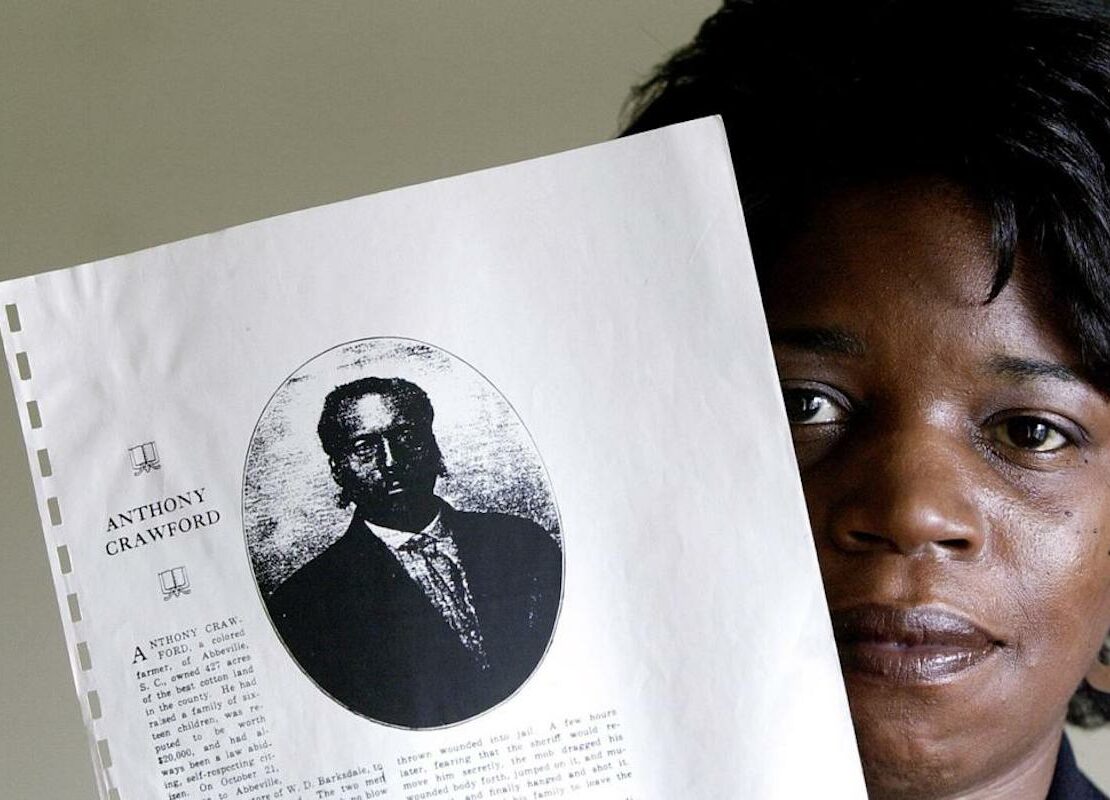 Phylicia Rashad, Courtney B. Vance, Oprah, Angela Bassett, More Star in HBO’s Between the World and Me November 21 | Playbill

In 1916, just over half a century after slavery was abolished, a wealthy Black farmer who drew the ire of his jealous and bigoted White business peers in Abbeville was murdered by a lynch mob.

That man, Anthony Crawford, owned a 427-acre cotton farm in Abbeville. He was one of many successful Black farmers in the South at the time who had turned the trade their families were once forced to adopt at the benefit of White plantation owners into a viable business from which they could personally profit.

He also was one of 4,743 people lynched in the United States between 1882 and 1968 whose stories may not be widely known. That story is now being told in a new documentary that’s available for streaming.

Featured Image, Doria Dee Johnson holds up a picture of her great-great-grandfather, Anthony Crawford, a wealthy Black farmer in Abbeville who was lynched by a white mob in 1916. His children inherited his 427-acre cotton farm but lost it when they couldn’t pay off a small bank loan. AP/Photo Kenneth Lambert
Full Article @ Post and Courier

Abbeville is a city in Abbeville County, South Carolina, United States, 86 miles (138 km) west of Columbia and 45 miles (72 km) south of Greenville. Its population was 5,237 at the 2010 census. It is the county seat of Abbeville County. Settled by French Huguenot settlers, it was named, along with the county, for the French town of the same name.