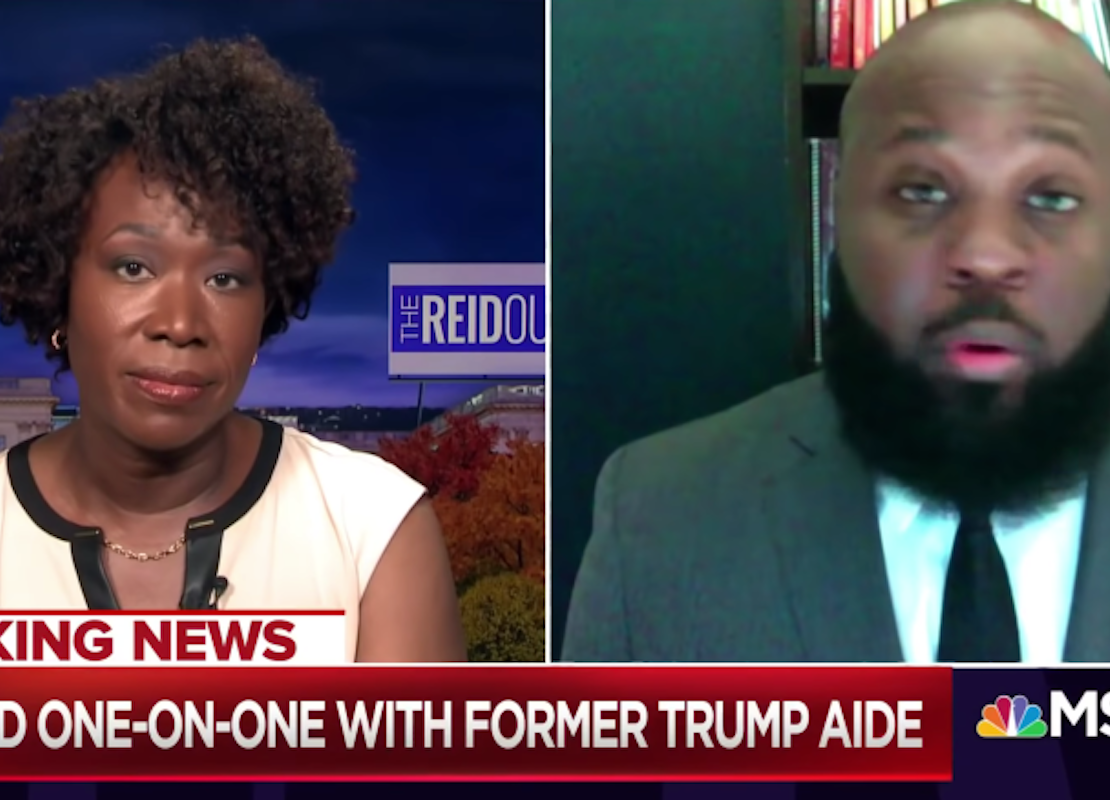 For all the people who criticize The Root for our lack of coverage of Black-on-Black crime, we present MSNBC host Joy Reid’s heinous attack on one of America’s foremost MAGA negroes, Ja’Ron Smith.

As the only prime-time cable news show hosted by a Black person, The ReidOut is essentially cable news’ Black neighborhood. Everyone knows that the highest-ranking person in any majority-Black area is the one Black lady who “don’t take no mess.” While Joy Reid hasn’t earned her candy lady license and is three pastors’ anniversaries away from becoming a board-certified usher, she is known for her verbal draggings, like that time she beat fake Kappa, Pastor Mark Burns into a hysterical fit of laughter with—of all things—a Bible verse.

Joy-Ann M. Lomena-Reid, known professionally as Joy Reid (born December 8, 1968), is an American cable television host, MSNBC national correspondent, and political commentator. In 2016, The Hollywood Reporter described her as one of the political pundits “who have been at the forefront of the cable-news conversations this election season.” That same year, she wrote a book on the recent history of the Democratic Party, called Fracture: Barack Obama, the Clintons, and the Racial Divide. She hosted the weekly MSNBC morning show AM Joy, and in 2019 published the book, The Man Who Sold America: Trump and the Unraveling of the American Story. On July 9, 2020, MSNBC announced that Reid would host The ReidOut, a new Washington-based weeknight show in the 7 p.m. Eastern time slot vacated in March by Hardball host Chris Matthews‘ retirement.