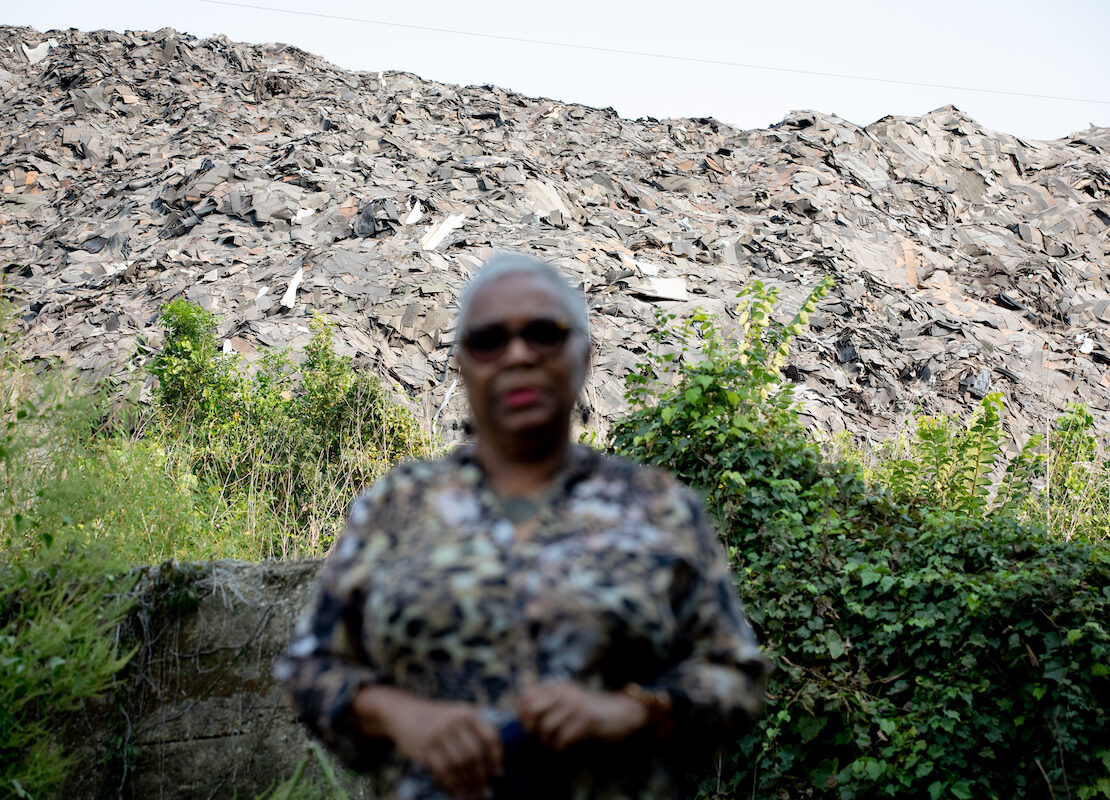 Marsha Jackson didn’t go to the mountain. The mountain came to her.

From her home in south Dallas, she watched it grow until it towered at 60 feet tall and spread all the way to her backyard, “a few feet from my bedroom.”

The mountain is human-made — an environmental nightmare of discarded roofing shingles stretching more than a city block. Even though it’s an illegal toxic waste dump on the edge of a neighborhood, it took months of pressure to get city officials to even acknowledge its existence and finally make plans to take it down.

Shingle Mountain didn’t just appear from out of nowhere. It formed just south of a section of Dallas settled by formerly enslaved people, an area that for more than a century has been zoned for everything White citizens didn’t want in their neighborhoods: industrial rail yards, chemical plants, concrete mixing facilities, warehouses that lure up to 100 diesel trucks per day and a massive landfill.