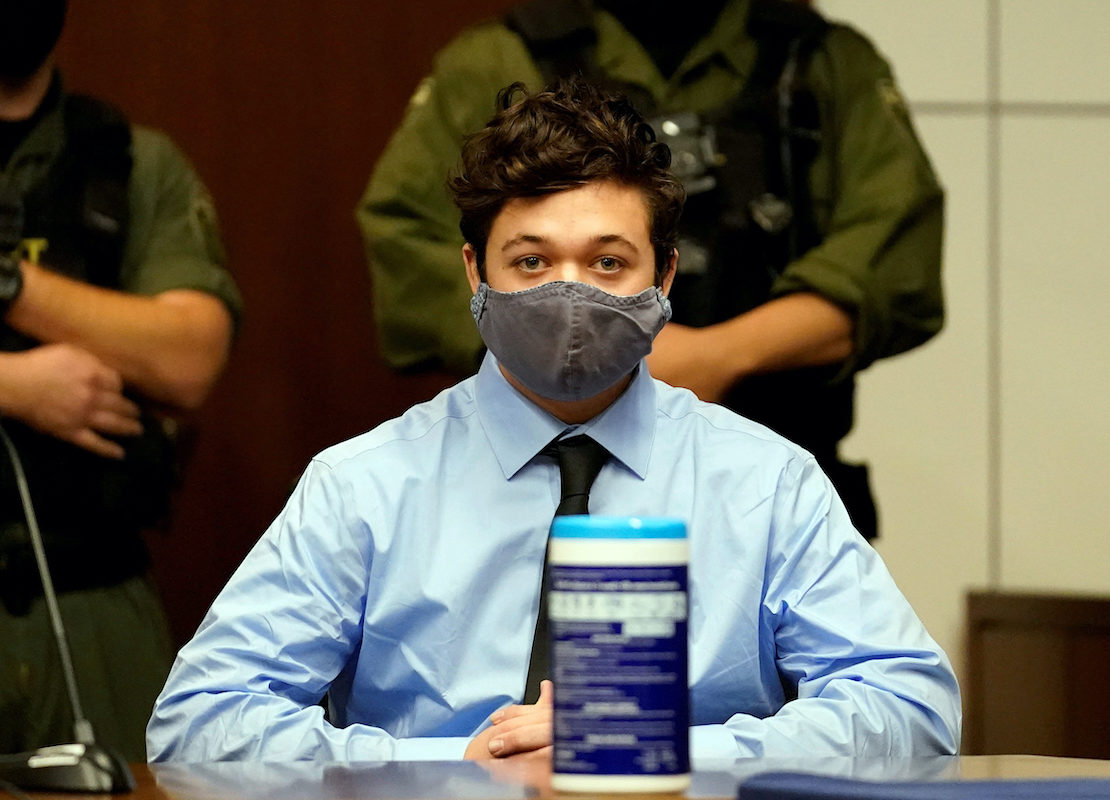 When Kyle Rittenhouse shot and killed two people and seriously wounded another man in August during racial justice protests in Kenosha, Wis., he used an assault rifle a friend had bought for him. At 17 years old, Rittenhouse was too young to have legally bought the Smith & Wesson M&P-15 rifle himself.

Prosecutors have now charged that friend, 19-year-old Dominick David Black, with two felony counts of intentionally selling a gun to a minor. Black made his first court appearance on Monday in the Kenosha County Circuit Court.

Featured Image, Kyle Rittenhouse, the teenager charged with killing two people and injuring another during demonstrations on the streets of Kenosha, Wis., listens to defense attorney John Pierce during an extradition hearing on, Oct. 30. (Pool/Reuters)
FULL ARTICLE @ THE WASHINGTON POST

Kenosha is a city in and the county seat of Kenosha County, Wisconsin, United States. Kenosha is on the southwestern shore of Lake Michigan. With an estimated population of 99,944 as of 1 July 2019, it is the fourth-largest city in Wisconsin and the fourth-largest city on Lake Michigan. Although closer to Milwaukee, the city is part of the United States Census Bureau‘s Chicagocombined statistical area (CSA) and metropolitan statistical area.