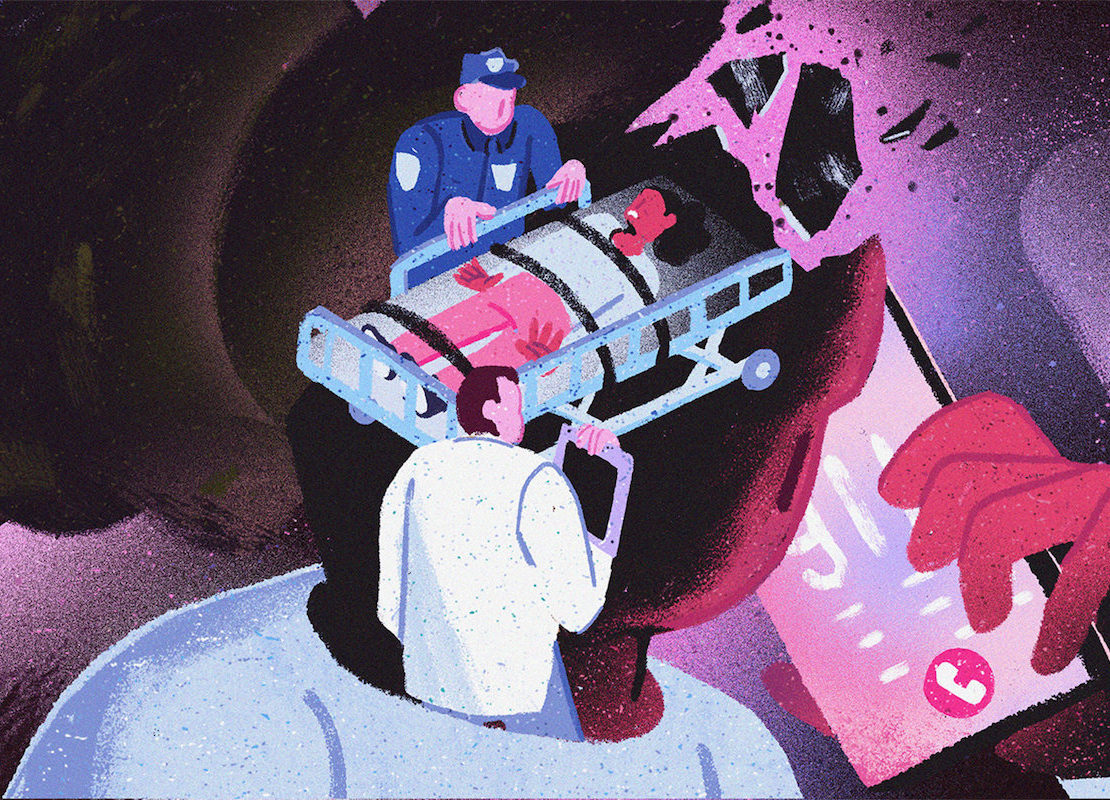 The ambulance was rushing to a psychiatric hospital, with Y. strapped to a gurney, asking the medics: Why? Why were they taking her there?

Just that morning, she’d noticed her speech quickening—a symptom of her bipolar disorder—and made an appointment with her doctor for the next day to adjust her medication. She knew she was “wavering,” but was being proactive so it didn’t disrupt her life. (She asked to go by her middle initial only, concerned that speaking openly about her mental illness could affect her current job search.)

Y. had called the police herself that night, to report that her children had been out with her ex-husband and never came home. But as soon as cops learned of her diagnosis, she said, they treated her like a “crazy Black woman,” rather than a mother understandably frantic about her kids. She claims they handcuffed her, called an ambulance, strapped her down, and took her to John George Psychiatric Hospital outside Oakland, California, against her will.

The Marshall Project is an Emmy nominated nonprofit, online journalism organization focusing on issues related to criminal justice in the United States, founded by former hedge fund manager Neil Barsky and with former New York Times executive editor Bill Keller as its first editor-in-chief. Its website states that it aims to “create and sustain a sense of national urgency about the U.S. criminal justice system.” The organization’s name honors Thurgood Marshall, the civil rights activist, NAACP attorney, and first African-American justice of the U.S. Supreme Court.