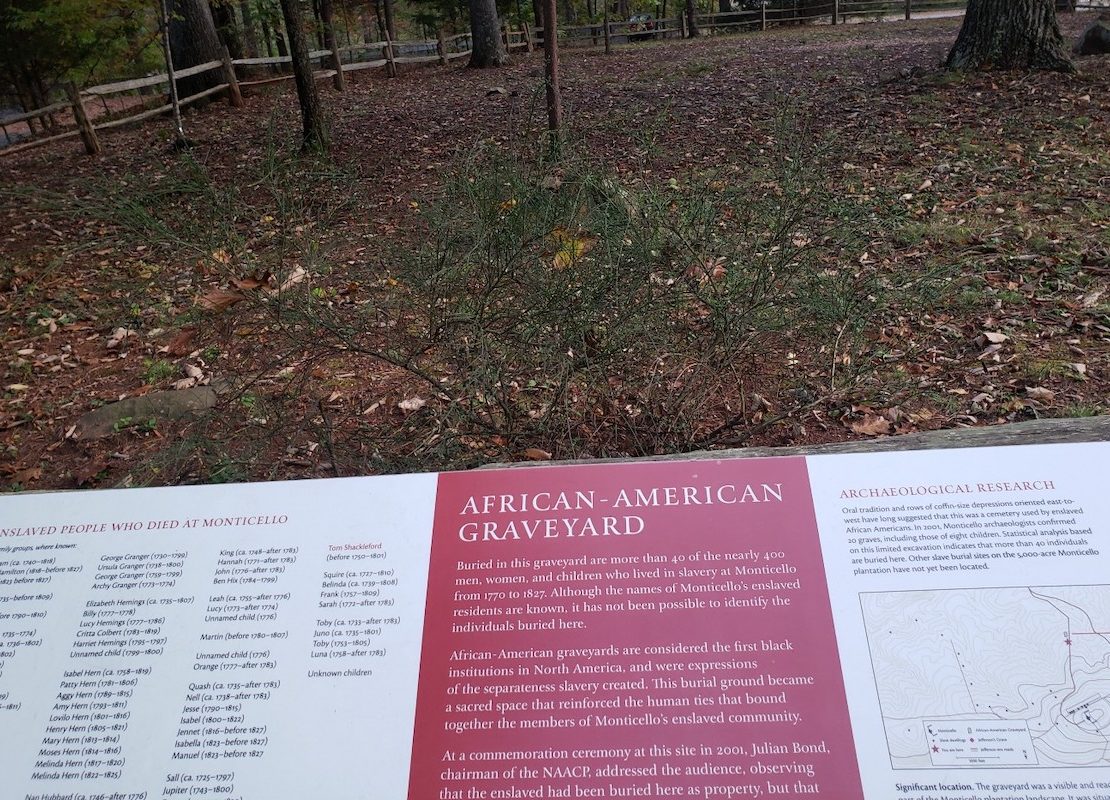 Inequality In Life and Death at Thomas Jefferson’s Home

If you visit Thomas Jefferson’s Monticello home, there are multiple tours available depending on the day of the week and what you’re willing to spend. On one of the tours, you can take a shuttle up to the main home and walk unescorted through the home and grounds with a guidebook to direct you. On the return shuttle, you’ll pass the family-owned and operated cemetery where Thomas Jefferson and direct descendants of Thomas and his wife Martha are buried. There is a waiting list of over 2000 people literally dying to get in; the grounds will be expanded next year to make room. I asked the question, “Is Sally Hemings buried there?”

The shuttle driver’s answer was long-winded; it seems Sally had moved away from Monticello after Thomas’s death, and no one knows where she’s buried. Madison Hemings, her son, reported she lived in nearby Charlottesville with him and his brother Eston until she died in 1835. None of the Hemings are buried in the Monticello cemetery. No formerly enslaved people are buried there as the family-owned Monticello Association didn’t acknowledge Thomas had any Black descendants until recently. The driver did suggest we tour the African American Burial Ground, just off Parking lots C & D.