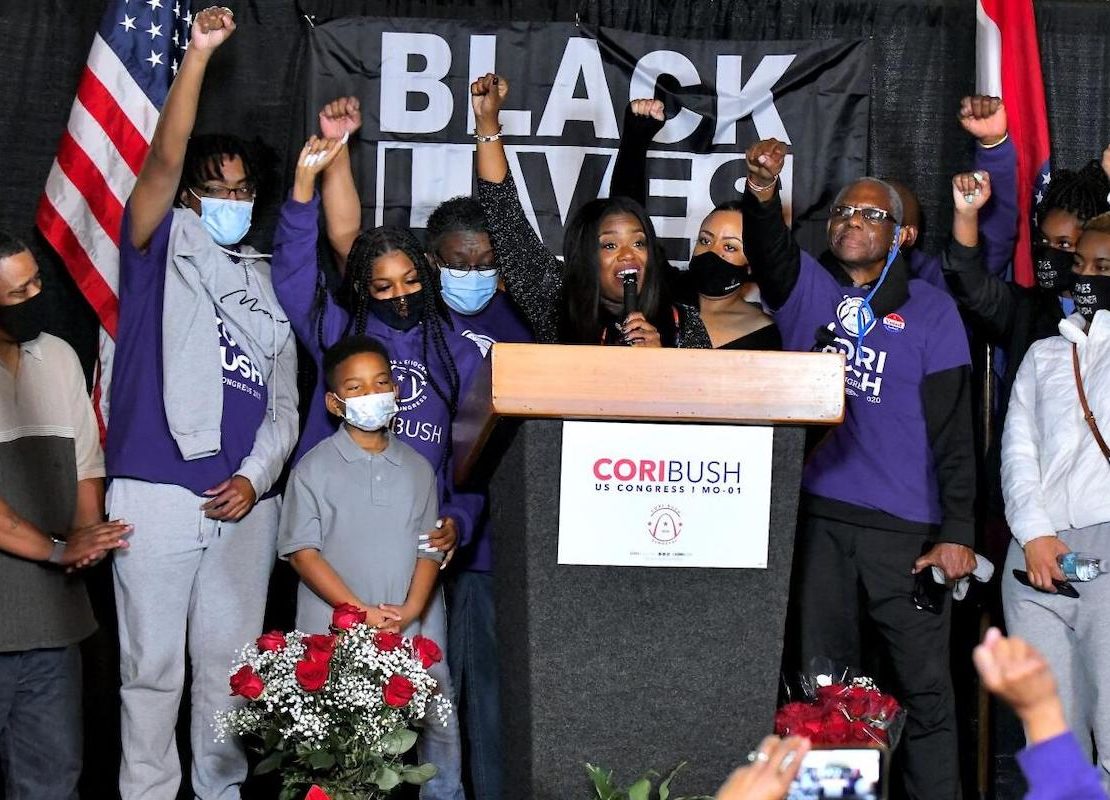 In a speech Tuesday night, Bush stood in front of a Black Lives Matter tapestry and thanked her family, supporters and campaign staff. She gave a special shout out to the Ferguson Frontliners, a group she says is not given the attention or credit they deserve.