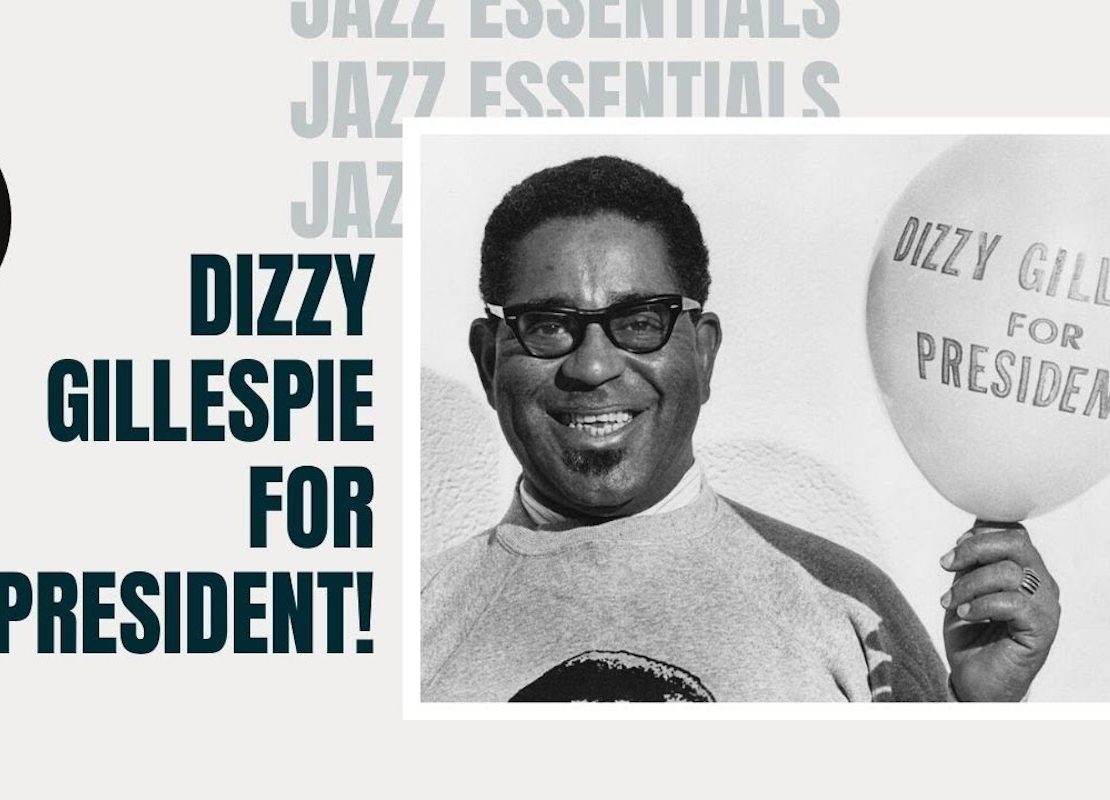 Police took a Black toddler from his family’s SUV. Then, the union used his photo as ‘propaganda,’ attorneys say. | The Washington Post

Trumpeter Dizzy Gillespie wasn’t only a key innovator of bebop and the jazz idiom at large; he was also known for being a prankster whose mischievous humor occasionally got him in trouble. He played his most remarkable prank in 1963 and 1964, when he got as close to becoming president of the United States as a black jazzman possibly could.

His campaign started as a joke. A few years earlier, his booking agency had buttons with the slogan “Dizzy Gillespie for President” as a gag. The very same buttons were enlisted in his campaign, which kicked off during a staged rally in Chicago. Proceeds from the sale of the buttons went to the Congress of Racial Equality (CORE).

John Birks “Dizzy” Gillespie (October 21, 1917 – January 6, 1993) was an American jazz trumpeter, bandleader, composer, educator and singer. He was a trumpet virtuoso and improviser, building on the virtuoso style of Roy Eldridge but adding layers of harmonic and rhythmic complexity previously unheard in jazz. His combination of musicianship, showmanship, and wit made him a leading popularizer of the new music called bebop. His beret and horn-rimmed spectacles, his scat singing, his bent horn, pouched cheeks, and his light-hearted personality provided some of bebop’s most prominent symbols.

In the 1940s Gillespie, with Charlie Parker, became a major figure in the development of bebop and modern jazz. He taught and influenced many other musicians, including trumpeters Miles Davis, Jon Faddis, Fats Navarro, Clifford Brown, Arturo Sandoval, Lee Morgan, Chuck Mangione, and balladeer Johnny Hartman.