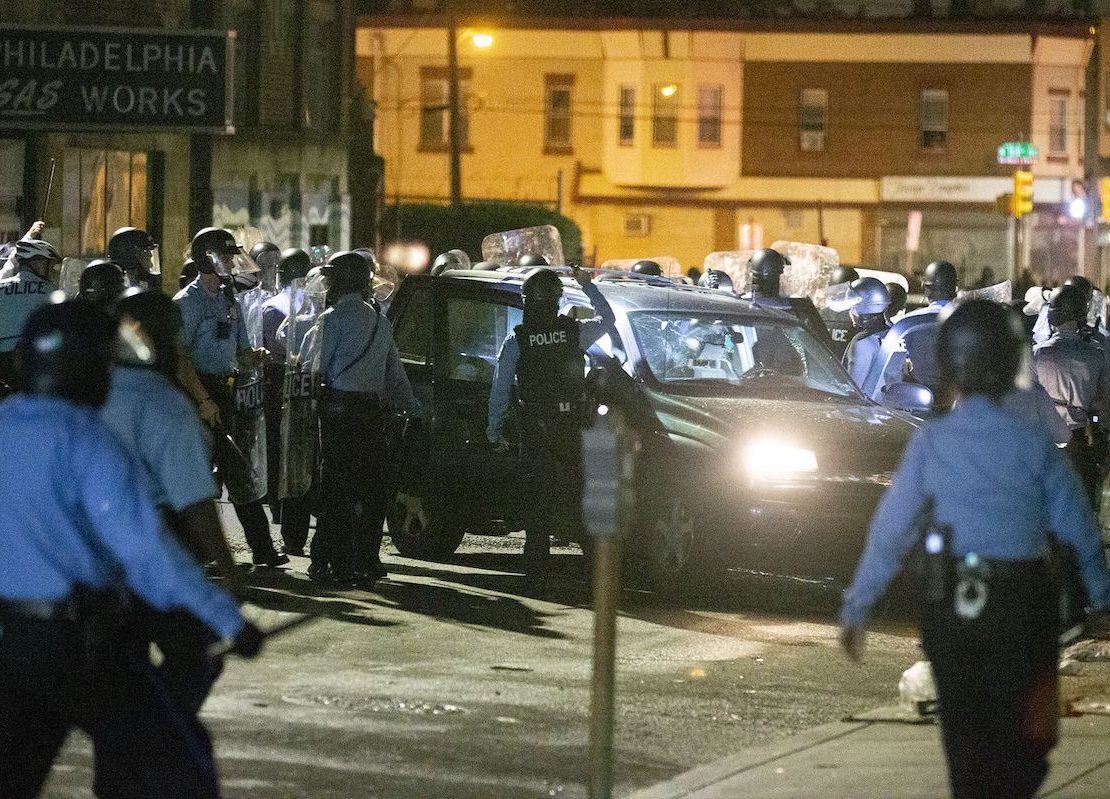 On Thursday, the nation’s largest police union posted a photo to social media taken during the unrest in Philadelphia this week, where hundreds of protesters clashed with officers over the police killing of Walter Wallace Jr. The Fraternal Order of Police’s posts showed a Philadelphia police officer holding a Black toddler clinging to her neck.

“This child was lost during the violent riots in Philadelphia, wandering around barefoot in an area that was experiencing complete lawlessness,” the union claimed in a tweet and Facebook post that have since been deleted. “The only thing this Philadelphia police officer cared about in that moment was protecting this child.”