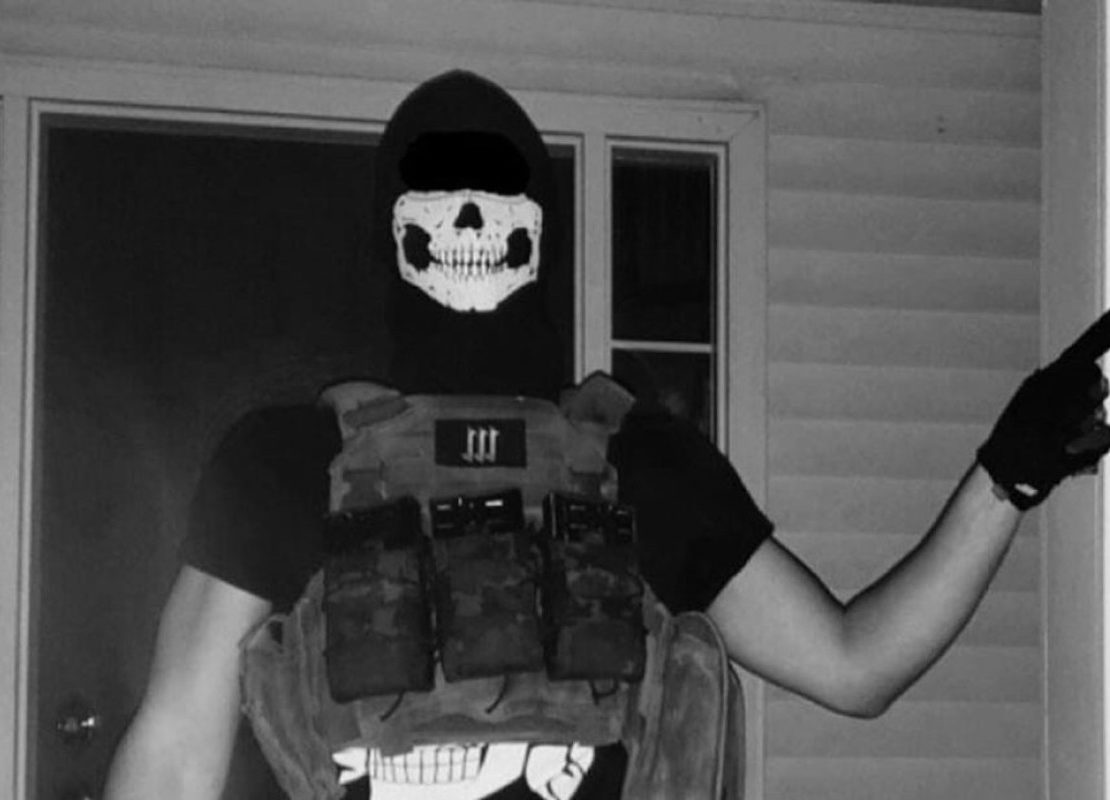 The leader of a national white supremacist group who ran a “hate camp” in Michigan and one of his cohorts were charged Thursday with multiple crimes as extremist groups continue to land on the FBI’s radar nationwide.

The latest suspects were arrested at their homes at 6 a.m. Thursday for their alleged roles in a December 2019 incident in Dexter, where police said a husband, wife and their infant child were terrorized by two white supremacists who showed up on their porch in the middle of the night and took photos of their house, thinking someone else lived there.

The suspects, police said, were targeting a podcaster who is critical of the neo-Nazi movement and has expressed concern about the rise in white supremacy in the United States.

Featured Image, Justen Watkins, 25, of Bad Axe, the accused leader of a national white supremacy group called The Base, was arrested in Michigan on Oct 29, 2019 on multiple felony charges. This photo of Watkins standing on the porch of someone he thought was an anti-fascist podcaster helped lead to his arrest.
FULL ARTICLE @ DETROIT FREE PRESS