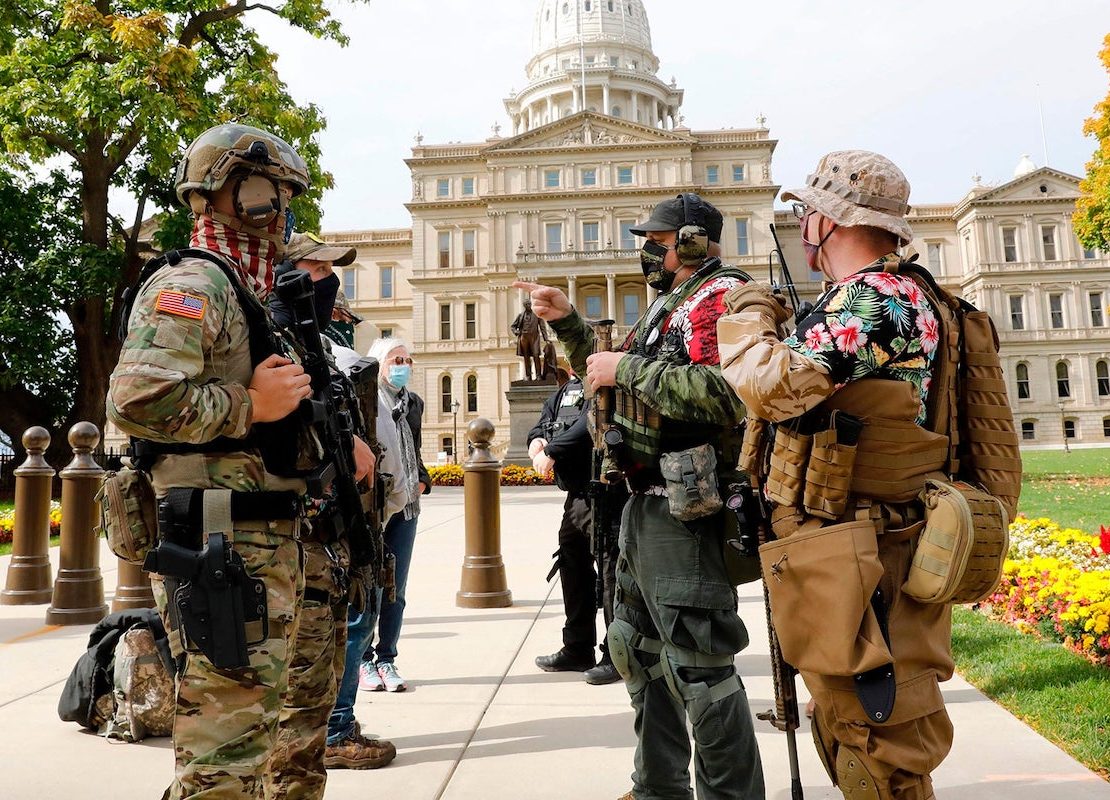 A 26-year-old member of the so-called Boogaloo Bois, a far right, anti-government extremist movement, is facing federal charges for shooting 13 rounds from an AK-47 style semi-automatic rifle at the Minneapolis Police Third Precinct. Ivan Harrison Hunter of Boerne, Texas was arrested in San Antonio, Texas, on Wednesday and faces a charge of interstate travel with the intention of participating in a riot, the Minnesota US Attorney’s office announced in a statement.

Hunter is accused of opening fire on the police precinct that was burned down on 27th and 28th May as racial justice protestors took the streets following the police killing of George Floyd. According to the federal complaint, Hunter wore a skull mask and tactical gear when he fired his gun at the precinct and allegedly helped set the building on fire.

The boogaloo movement, whose adherents are often referred to as boogaloo boys or boogaloo bois, is a loosely organized far-right, anti-government, and extremist political movement in the United States. The movement has also been described as a militia. Boogaloo adherents say they are preparing for, or seek to incite, a second American Civil War which they call the boogaloo. Boogaloo has been used on the fringe imageboard website 4chan since 2012, but it did not come to widespread attention until late 2019. Adherents use boogaloo, including variations so as to avoid social media crackdowns, to refer to violent uprisings against the federal government or left-wing political opponents, often anticipated to follow government confiscation of firearms.

The movement consists of pro-gun, anti-government groups. The specific ideology of each group varies and views on topics such as race differ widely. Some are white supremacist or neo-Nazi groups who believe that the impending unrest will be a race war. There are also groups that condemn racism and white supremacy, although attempts by some individual elements of the movement to support anti-racist groups and movements such as Black Lives Matter have been met with wariness and skepticism as researchers are unsure if they are genuine or meant to obscure the movement’s actual objectives. The boogaloo movement primarily organizes online and participants have appeared at in-person events including anti-lockdown protests and the George Floyd protests. Heavily armed, boogaloo members are often identified by their attire of Hawaiian shirts and military fatigues.