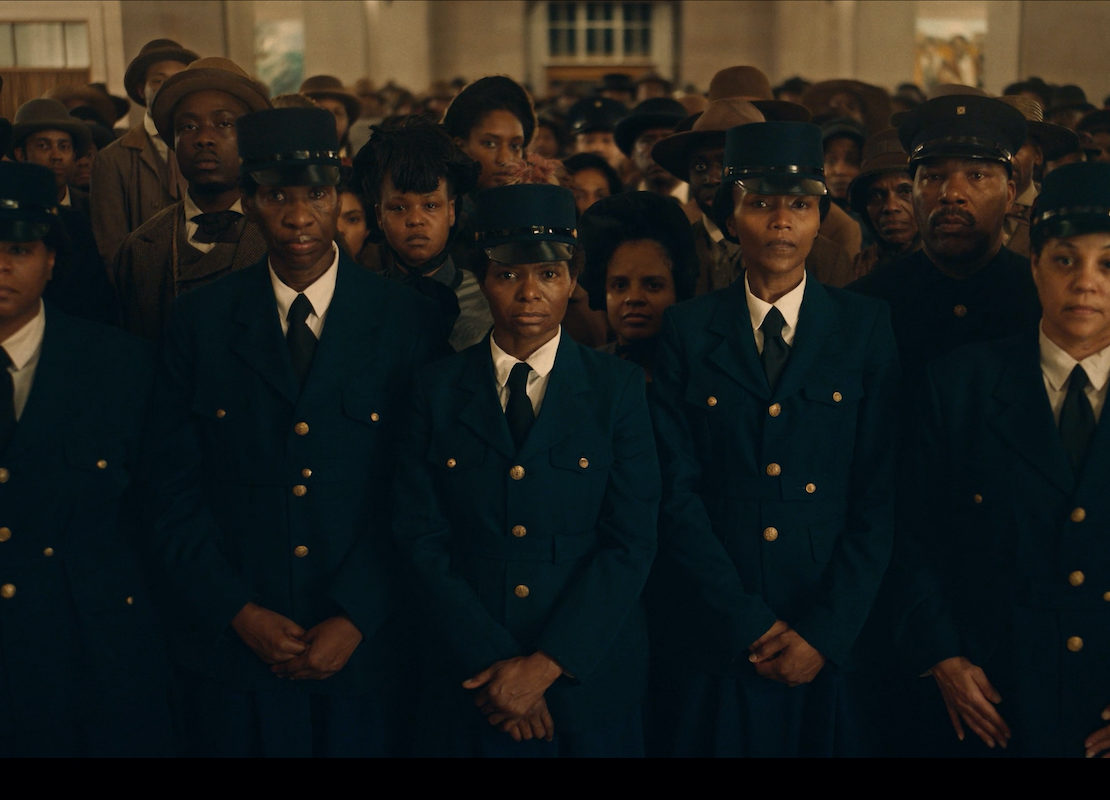 Oscar-winning filmmaker Barry Jenkins took to social media to share a hauntingly beautiful look at his upcoming Amazon limited series The Underground Railroad based on based on Colson Whitehead’s 2017 Pulitzer Prize-winning novel for fiction.

Jenkins posted the video on Twitter with the caption “We the People…” The stunning teaser trailer pans across a sea of gorgeous Black people in a train station staring into the camera with dignity, quiet passion and a touch of fury. Set to a score from Nicholas Britell, we travel through the crowd and end on a group of women dressed in train station uniforms. In a voiceover we hear “Who built all this?” Someone else responds, “Well, who builds anything in this country?” It’s just enough to entice the senses.

The Underground Railroad was a network of secret routes and safe houses established in the United States during the early to mid-19th century, and used by enslaved African-Americans to escape into free states and Canada. The scheme was assisted by abolitionists and others sympathetic to the cause of the escapees. Not literally but metaphorically a railroad, the enslaved who risked escape and those who aided them are also collectively referred to as the “Underground Railroad”. Various other routes led to Mexico, where slavery had been abolished, or overseas. An earlier escape route running south toward Florida, then a Spanish possession (except 1763–83), existed from the late 17th century until Florida became a United States territory in 1821. One of the main reasons Florida was purchased by the United States was to end its function as a safe haven for people escaping slavery. However, the network now generally known as the Underground Railroad was formed in the late 1700s. It ran north and grew steadily until the Civil War began. One estimate suggests that by 1850, 100,000 enslaved people had escaped via the “Railroad”.

British North America (present-day Canada) was a desirable destination, as its long border gave many points of access, it was further from slave catchers, and beyond the reach of the United States’ Fugitive Slave Acts. Most former enslaved, reaching Canada by boat across Lake Erie and Lake Ontario, settled in Ontario. More than 30,000 people were said to have escaped there via the network during its 20-year peak period, although U.S. Census figures account for only 6,000. Numerous fugitives’ stories are documented in the 1872 book The Underground Railroad Records by William Still, an abolitionist who then headed the Philadelphia Vigilance Committee.