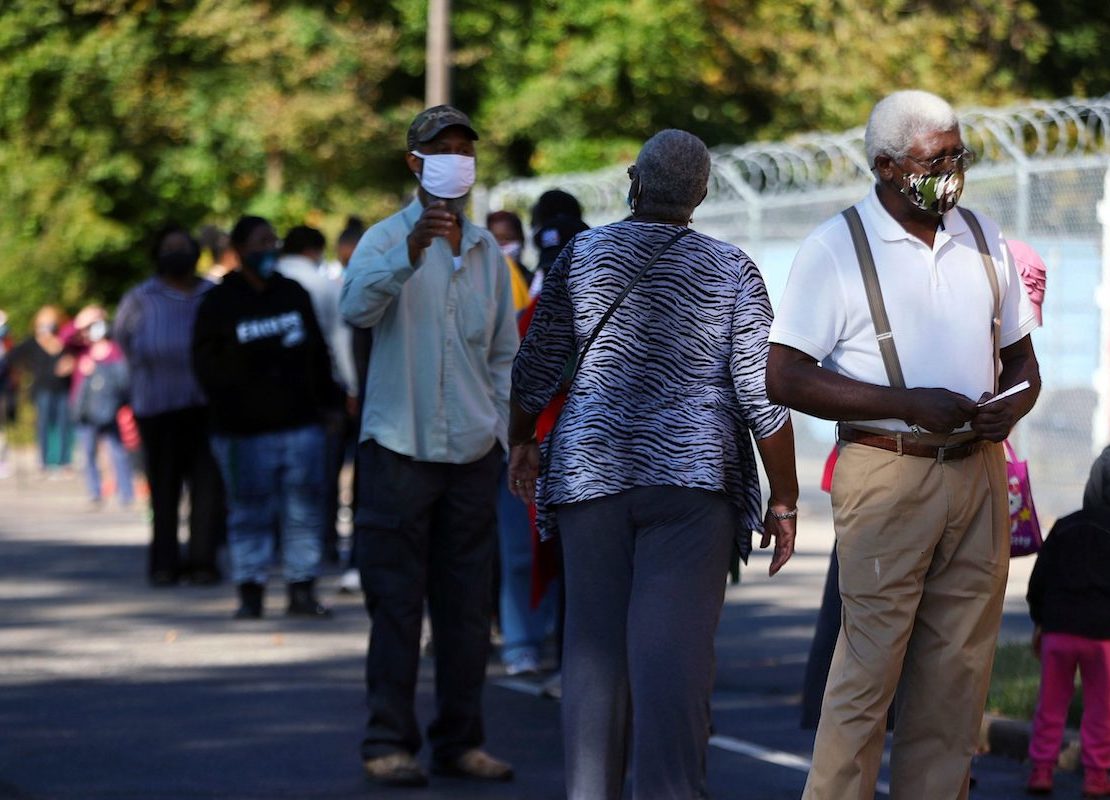 State law does not allow voters to wear items with the name of a candidate or political party, but does not prohibit items with “Black Lives Matter.”

MEMPHIS, Tenn. — A poll worker in Memphis, Tennessee, has been fired after turning away early voters who were wearing “Black Lives Matter” and “I Can’t Breathe” shirts, an elections official said Monday.

The worker was fired Friday after officials received a call from a witness at the Dave Wells Community Center in Memphis, Shelby County Election Commission spokeswoman Suzanne Thompson said.

Tennessee law does not allow voters to wear items bearing the name of a candidate or a political party in a polling place. But state law does not prohibit statements such as “Black Lives Matter,” Thompson said.