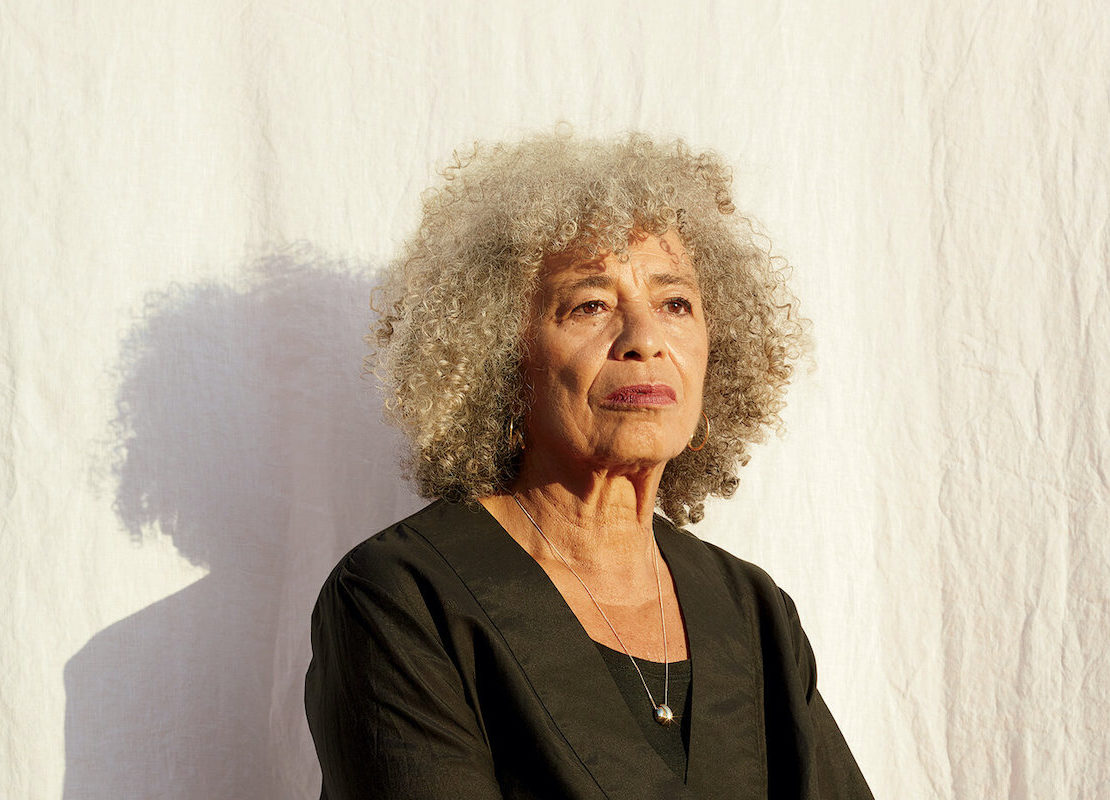 Before the world knew what intersectionality was, the scholar, writer and activist was living it, arguing not just for Black liberation, but for the rights of women and queer and transgender people as well.

THERE’S A WALL on Throop Avenue in Bedford-Stuyvesant, Brooklyn, that is painted with a mural of Black icons. It begins with Bob Marley and Haile Selassie before going on to include Martin Luther King Jr., Betty Shabazz (Betty X) and Nelson Mandela. The last portrait is of Angela Yvonne Davis — scholar, activist and the only surviving hero of the global African diaspora. Davis’s image is painted from a photograph taken in the early ’70s, when she became a symbol of the struggle for Black liberation, anticapitalism and feminism. It’s a powerful portrait — she is wearing her hair in a round, black Afro, her hand curled as if she’s making a rhetorical point. Her expression is pensive, intelligent, challenging.

For the mural’s context, we have to return to the fall of 1969, when Davis, then an assistant professor in the philosophy department at the University of California, Los Angeles, was fired at the beginning of the school year for her membership in the Communist Party, and then, after a court ruled the termination illegal, fired again nine months later for using “inflammatory rhetoric” in public speeches. She had recently become close to a trio of Black inmates nicknamed the Soledad Brothers (after the California prison in which they were held) who had been charged with the murder of a white prison guard in January 1970. One, George Jackson, was an activist and writer whom Davis befriended upon joining a committee challenging the charges. In August 1970 — after Jackson’s younger brother, Jonathan, used firearms registered to Davis in a takeover of a Marin County courthouse that left four people dead — Davis immediately came under suspicion. In the aftermath of that bloody event, she was charged with three capital offenses, including murder.

Overnight, she became an outlaw. Within two weeks of the shootout, J. Edgar Hoover placed Davis on the F.B.I.’s Ten Most Wanted list, making her the third woman ever to be included. A national manhunt ensued before she was detained two months later in a New York motel. President Nixon congratulated the bureau on capturing “the dangerous terrorist Angela Davis.” After her arrest, the chant “Free Angela!” became a global battle cry as the academic — who had studied philosophy in East and West Germany in the late ’60s and had been a vocal supporter of the Black Panthers and the anti-Vietnam War movement — became widely viewed on the left as a political prisoner. She spent 18 months in jail before being found not guilty on all charges.