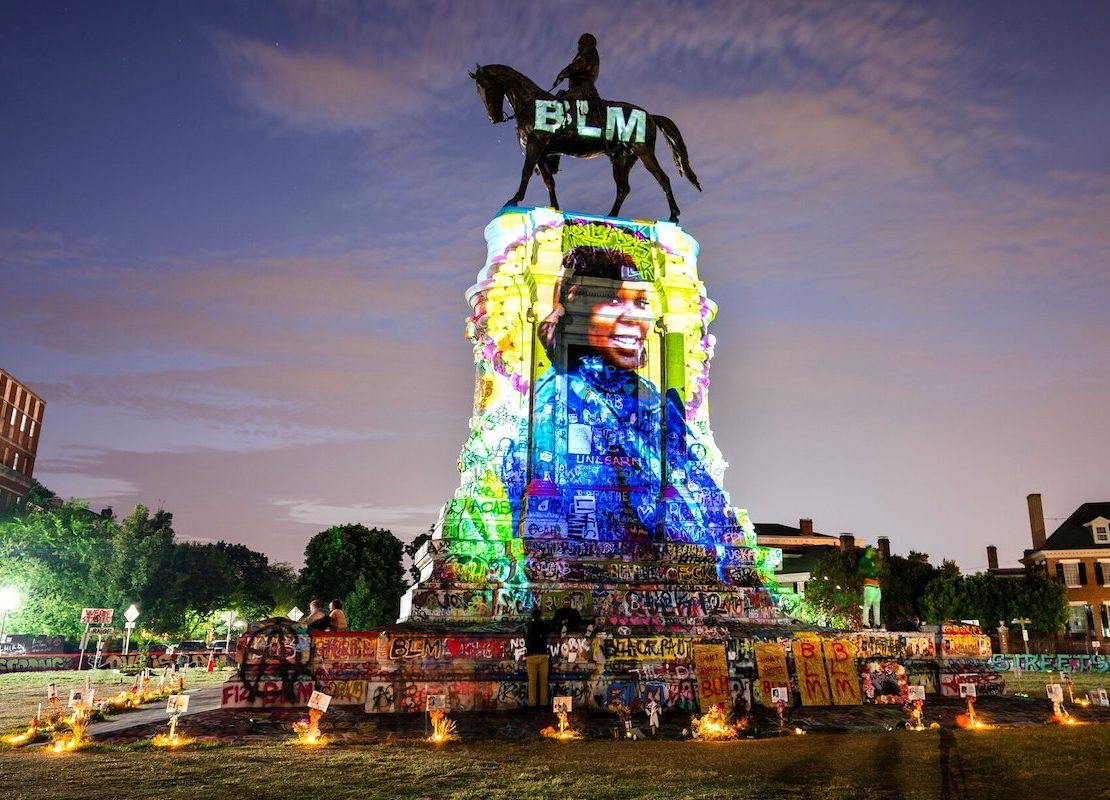 Cornel West: ‘George Floyd’s public lynching pulled the cover off who we really are’ | The Guardian

The initiative, the largest in the organization’s history, will support the creation of new monuments, as well as the relocation or rethinking of existing ones.

The Andrew W. Mellon Foundation, the largest humanities philanthropy in the United States, has pledged to spend $250 million over five years to help reimagine the country’s approach to monuments and memorials, in an effort to better reflect the nation’s diversity and highlight buried or marginalized stories.

The Monuments Project, the largest initiative in the foundation’s 50-year history, will support the creation of new monuments, as well as the relocation or rethinking of existing ones.

And it defines “monument” broadly to include not just memorials, statues and markers but also “storytelling spaces,” as the foundation puts it, like museums and art installations.

Featured Image, In July, in Richmond Va., a photograph of Breonna Taylor was projected onto a statue of the Confederate general Robert E. Lee.Credit…Jim Lo Scalzo/EPA, via Shutterstock
Full article @ The New York Times