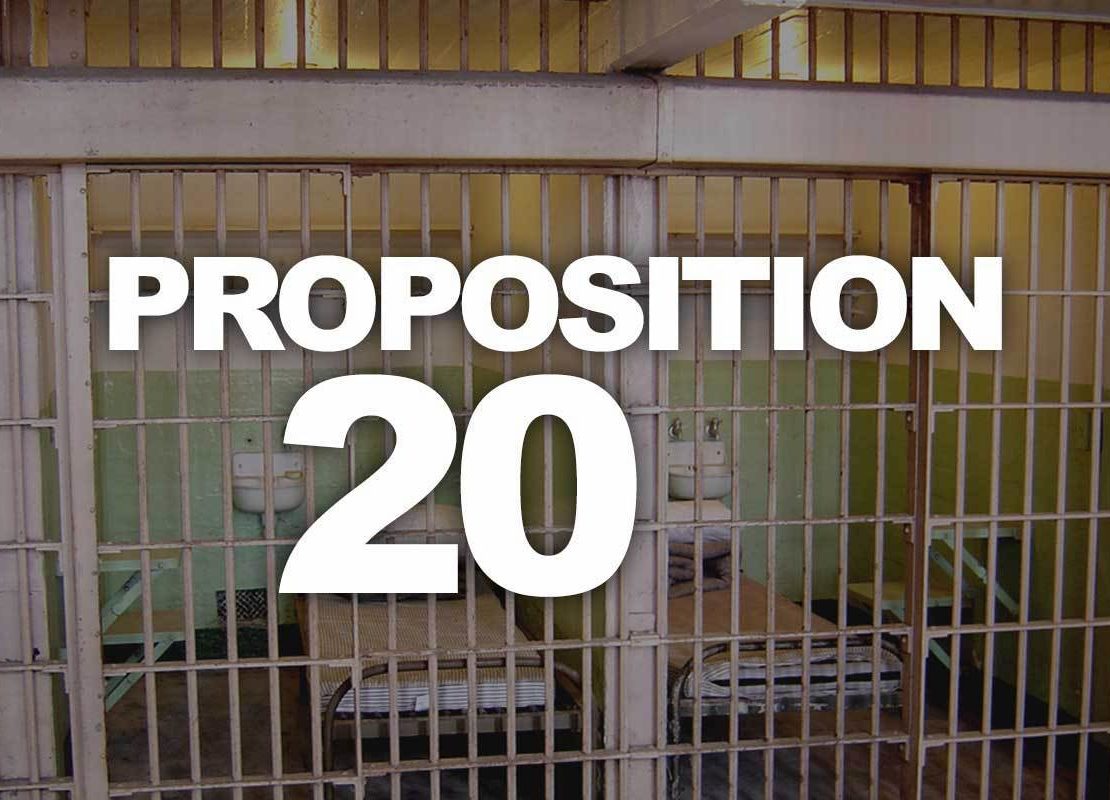 The ballot initiative, supported by police, corporations, and even big grocery chains, would use more taxpayer money to incarcerate people, rather than invest in other social services.

A proposition on California’s November ballot could weaken years of reforms to the state’s criminal legal system by reclassifying misdemeanor theft charges as felonies.

Opponents of Proposition 20 say that if passed, the state’s carceral system would balloon. In a letter sent last month to the mayors of more than a dozen California cities, a coalition of victims’ rights organizations wrote that as many as 10,000 more people could end up incarcerated in the state’s prisons and jails—and taxpayers would foot the bill.

The letter also argues that reducing the number of people in California’s prisons and jails has freed up money to create more than a dozen trauma recovery centers for victims. Sophora Acheson, executive director of Ruby’s Place, which signed the letter, said that people from all economic backgrounds suffer from violent crime, but low-income people simply don’t have the resources to move or seek medical and mental health care. Victim services help create a safety net for low-income survivors of crime, she said.

In the United States, habitual offender laws (commonly referred to as three-strikes laws) were first implemented on March 7, 1994, and are part of the United States Justice Department‘s Anti-Violence Strategy. These laws require both a severe violent felony and two other previous convictions to serve a mandatory life sentence in prison. The purpose of the laws is to drastically increase the punishment of those convicted of more than two serious crimes.

Twenty-eight states have some form of a “three-strikes” law. A person accused under such laws is referred to in a few states (notably Connecticut and Kansas) as a “persistent offender“, while Missouri uses the unique term “prior and persistent offender“. In most jurisdictions, only crimes at the felony level qualify as serious offenses; however, misdemeanor and/or wobbler offenses can qualify for application of the three-strikes law in California, whose harsh application has been the subject of controversy.

The three-strikes law significantly increases the prison sentences of persons convicted of a felony who have been previously convicted of two or more violent crimes or serious felonies, and limits the ability of these offenders to receive a punishment other than a life sentence.

The expression “Three strikes and you are out” is derived from baseball, where a batter against whom three strikes are recorded strikes out.