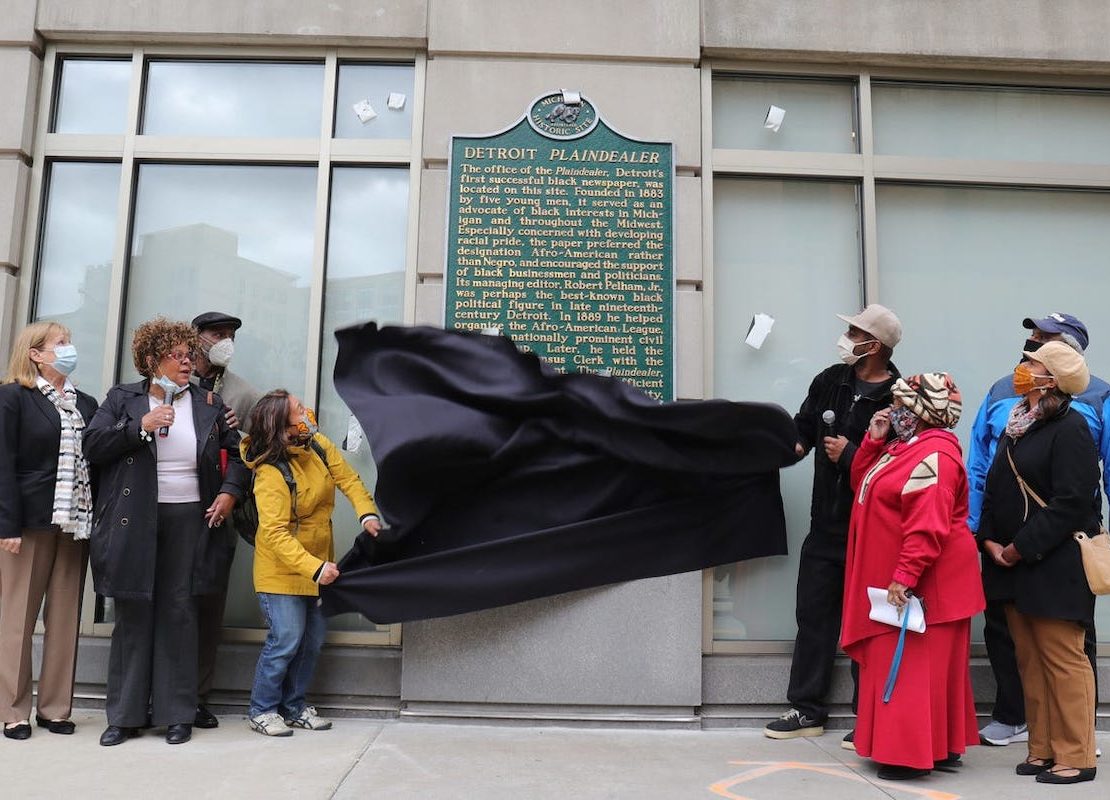 If you’ve ventured downtown or anywhere else around the state, you’ve likely seen one of those dark green signs with gold lettering. These markers, used to commemorate Michigan’s historical landmarks from the Motown Museum to Tiger Stadium, have added another famed location to the collection of over 1,800.

The Plaindealer newspaper was founded in 1883 by brothers Benjamin and Robert Pelham Jr., Walter H. Stowers and W.H. Anderson with a mission to promote civil rights and provide coverage of local and national events. Detroit’s first “Afro-American” newspaper, as the founders called it, rejected the term “negro.” It also was one of the first papers of its kind in the country. The Plaindealer ceased publication in 1894 due to lack of funding, but its legacy will now remain downtown, mounted at the corner of the Westin Book Cadillac at Shelby and State – its former office.

Our Commitment to Racial Justice: Throughout the country, Americans are experiencing sadness and anger over the killing of George Floyd, Breonna Taylor and Ahmaud Arbery, as well as many other instances of brutality.

Detroiters are feeling pain and anger too, a pain and anger that we have felt before.As the keeper of our city’s history, the Detroit Historical Society stands with our community and emphatically and unequivocally denounces racism, injustice, oppression and hate in any form.Our mission is to tell Detroit’s stories and why they matter. During this time, we commit to hearing your stories. The history that Detroit is creating –right now – matters. We are here for perspective and also for respite.

Detroiters, we honor your truths. We see you.