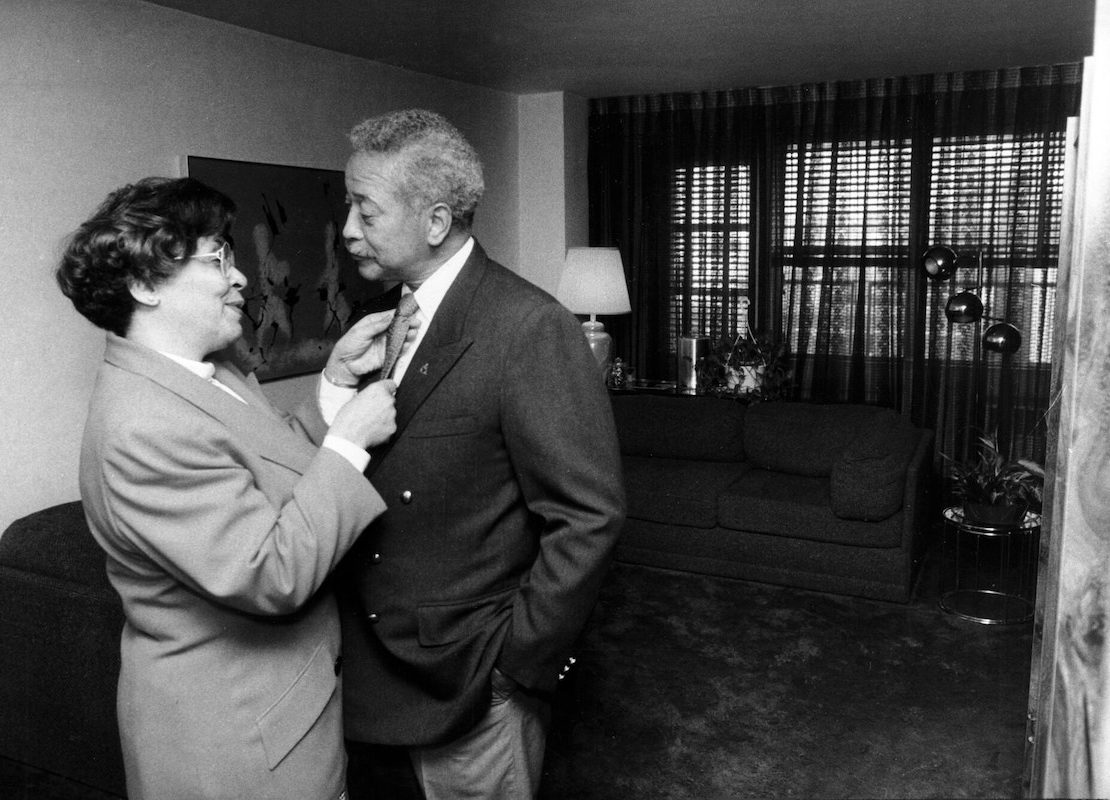 As the city’s first Black first lady, she transformed herself from a private person to a gracious public advocate for children.

Joyce B. Dinkins, who as the wife of David N. Dinkins fulfilled her role as first lady of New York City with grace and dignity as she promoted programs that encouraged literacy and education and guarded against child abuse, died on Sunday at her home in Manhattan. She was 89.

Her death was confirmed by her family.

David Dinkins was the city’s first Black mayor, and during his one term, from 1990 to 1994, Mrs. Dinkins became a role model for millions of African-Americans, gracefully taking advantage of the visibility that came with her husband’s office to promote her favorite causes. She visited soup kitchens, libraries and schools and was the honorary chairwoman of the Mayor’s Task Force on Child Abuse and of “The First Day Back to School,” a multimedia public service campaign. In 1990, she established a public school program called “Reading Is Recreation.”

David Norman Dinkins (born July 10, 1927) is an American politician, lawyer, and author who served as the 106th Mayor of New York City from 1990 to 1993. He was the first and, to date, only African American to hold that office.

Dinkins began his political career by serving in the State Assembly (1966), eventually advancing to Manhattan borough president before becoming mayor.

After leaving office, Dinkins joined the faculty of Columbia University. Dinkins was a member of the board of directors of the United States Tennis Association and a member of the Jazz Foundation of America. He serves on the boards of the New York City Global Partners, the Children’s Health Fund, the Association to Benefit Children and the Nelson Mandela Children’s Fund. Dinkins is also on the advisory board of Independent News & Media and the Black Leadership Forum, is a member of the Council on Foreign Relations and is chairman emeritus of the board of directors of the National Black Leadership Commission on AIDS.