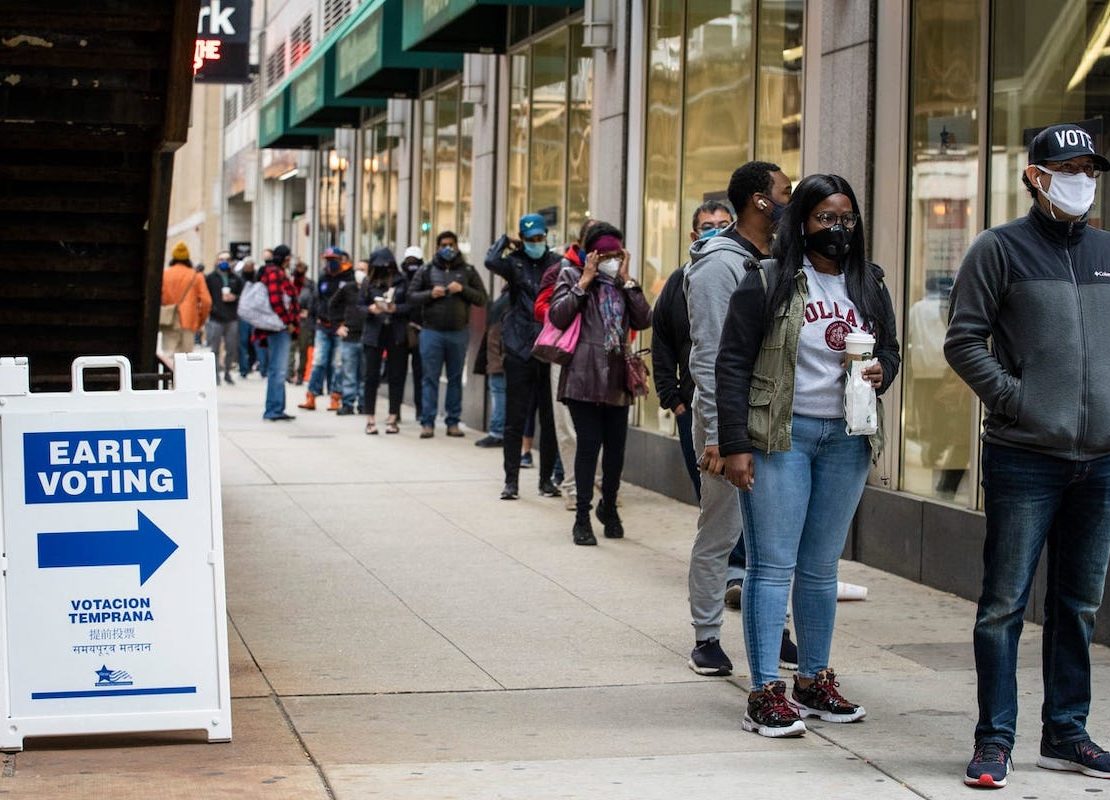 It’s not just Donald Trump and Joe Biden on the ballot, it’s a decision about the country we want. Honor John Lewis and Ruth Bader Ginsburg by voting.

Instead of focusing on the many crises devastating the Black community right now, and although voters are already casting ballots, Republicans are rushing to confirm Amy Coney Barrett to the Supreme Court. Once again, President Donald Trump and his enablers are showing us they prioritize power and party over the American people. There is simply too much at stake for our community not to mobilize in record numbers during the next three weeks, and elect politicians who will listen to and empower Black voters.

It is not hyperbolic to say that the 2020 election will be one of the most consequential elections of our lifetime, particularly for Black Americans. The global pandemic has revealed the continued existence of historic inequality and longstanding policies that disproportionately hit the Black community incredibly hard. Black people are dying at rates higher than our proportion of the population, and have less access to quality health care. Black unemployment is nearly twice as high as the white unemployment rate. Black renters are nearly twice as likely as white renters to be evicted. Despite these glaring disparities and a rising national death toll, the president has given himself an A+ for his handling of the pandemic.

The National Association for the Advancement of Colored People (NAACP) is a civil rights organization in the United States, formed in 1909 as an interracial endeavor to advance justice for African Americans by a group including W. E. B. Du Bois, Mary White Ovington, Moorfield Storey and Ida B. Wells.

Its mission in the 21st century is “to ensure the political, educational, social, and economic equality of rights of all persons and to eliminate race-based discrimination”. National NAACP initiatives include political lobbying, publicity efforts and litigation strategies developed by its legal team. The group enlarged its mission in the late 20th century by considering issues such as police misconduct, the status of black foreign refugees and questions of economic development. Its name, retained in accordance with tradition, uses the once common term colored people, referring to those with some African ancestry.

The NAACP bestows annual awards to African Americans in two categories: Image Awards are for achievement in the arts and entertainment, and Spingarn Medals are for outstanding achievement of any kind. Its headquarters is in Baltimore, Maryland.