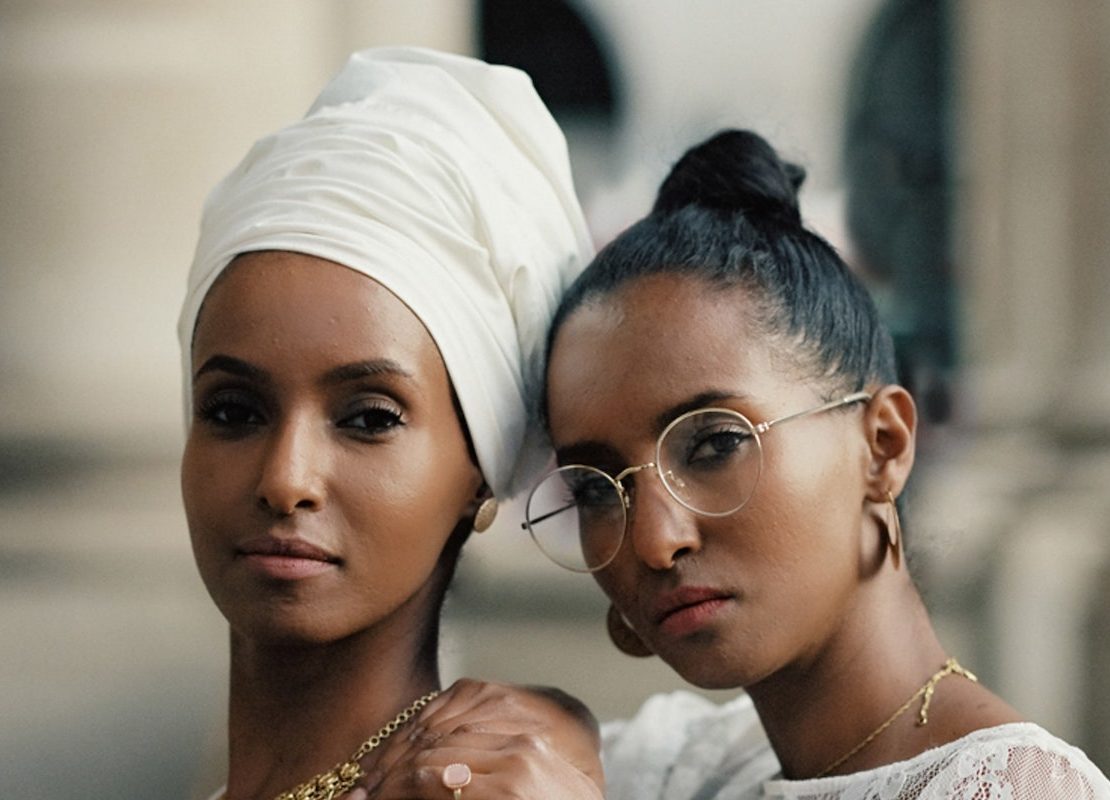 It’s easy to see why Hermon and Heroda Berhane, identical twin sisters from Eritrea, count Haben Girma as their current role model. Girma became the first deaf-blind graduate of Harvard Law School in 2013. “She is living proof that if you are determined enough and if you try hard enough, you will be successful,” Hermon tells British Vogue. “When we’re complaining or thinking of an excuse about why we can’t do or accomplish something, we always think of Haben, because her story gives us the inspiration we need to push through.”

Hermon and Heroda, of fashion-meets-travel blog Being Her, aren’t that too dissimilar to Girma. Having moved to the UK with their parents and brother when they were young, they left a war-torn Eritrea for a better education. But their memories of their home country are “wonderful”. “We had a happy childhood like most children. Everything was perfect,” Heroda recalls. “Before we became deaf, we remember the sound of church bells, chickens clucking, adult conversations – but sadly, we also remember the sounds of civil war in Eritrea. We remember gunshots and explosions; they were so loud it sometimes felt like it was happening in the next room. Several times, we had to hide in the bathroom to protect ourselves, and it was terrifying.”

Eritrea (/ˌɛrɪˈtreɪə, ˌɛrɪˈtriːə/ (listen)), officially the State of Eritrea, is a country in Eastern Africa, with its capital at Asmara. It is bordered by Ethiopia in the south, Sudan in the west, and Djibouti in the southeast. The northeastern and eastern parts of Eritrea have an extensive coastline along the Red Sea. The nation has a total area of approximately 117,600 km2 (45,406 sq mi), and includes the Dahlak Archipelago and several of the Hanish Islands.

Eritrea is a multi-ethnic country, with nine recognized ethnic groups in its population of around five and a half million. Eritrea has nine national languages which are Tigrinya language, Tigre, Afar, Beja, Bilen, Kunama, Nara, Saho. Tigrinya, Arabic, and English serve as the three working languages. Most residents speak languages from the Afroasiatic family, either of the Ethiopian Semitic languages or Cushitic branches. Among these communities, the Tigrinyas make up about 55% of the population, with the Tigre people constituting around 30% of inhabitants. In addition, there are a number of Nilo-Saharan-speaking Nilotic ethnic groups. Most people in the territory adhere to Christianity or Islam, with a small minority adhering to traditional faiths.

The Kingdom of Aksum, covering much of modern-day Eritrea and northern Ethiopia, was established during the first or second centuries AD. It adopted Christianity around the middle of the fourth century. In medieval times much of Eritrea fell under the Medri Bahri kingdom, with a smaller region being part of Hamasien. The creation of modern-day Eritrea is a result of the incorporation of independent, distinct kingdoms (for example, Medri Bahri and the Sultanate of Aussa) eventually resulting in the formation of Italian Eritrea. After the defeat of the Italian colonial army in 1942, Eritrea was administered by the British Military Administration until 1952. Following the UN General Assembly decision, in 1952, Eritrea would govern itself with a local Eritrean parliament, but for foreign affairs and defense it would enter into a federal status with Ethiopia for a period of 10 years. However, in 1962 the government of Ethiopia annulled the Eritrean parliament and formally annexed Eritrea. The Eritrean secessionist movement organized the Eritrean Liberation Front in 1961 and fought the Eritrean War of Independence until Eritrea gained de facto independence in 1991. Eritrea gained de jure independence in 1993 after an independence referendum.