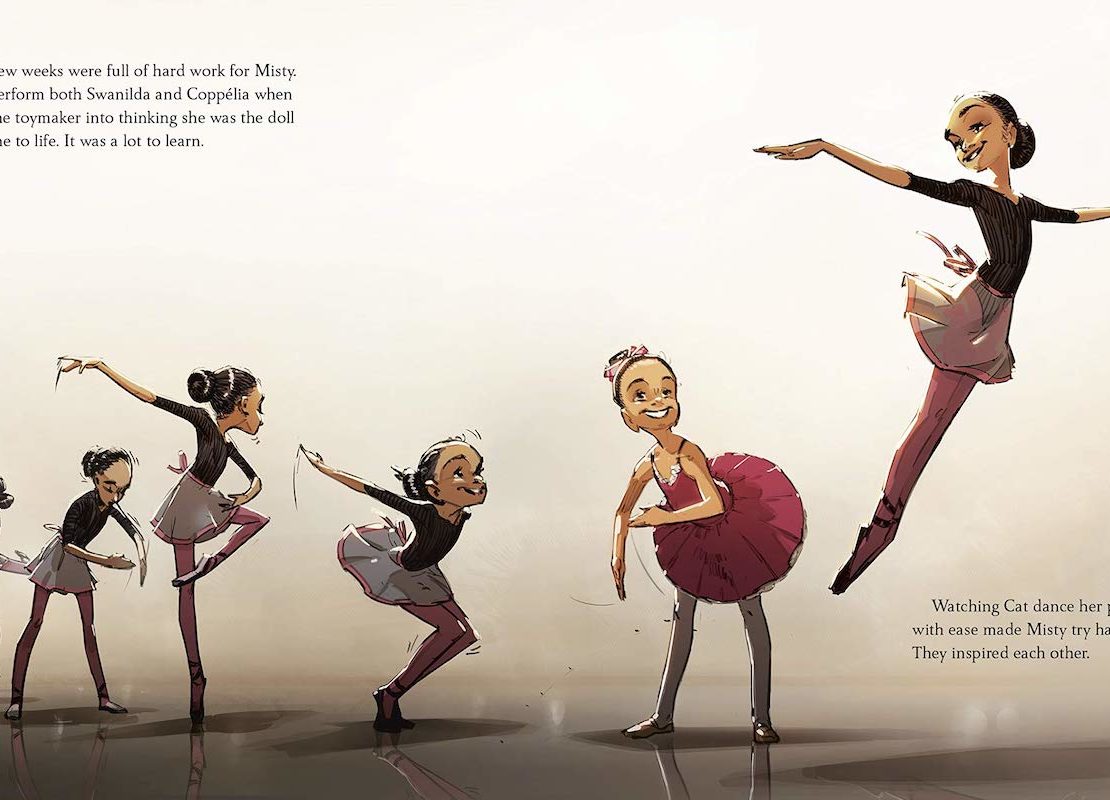 There are a lot of things I miss during this pandemic. Shoot, we do so little with other people that I have a sneaking suspicion I’ve lost all my social skills. We keep our bubble pretty tight, and it’s a good thing we all like each other, because we’ve kind of sort of run out of stories to tell. Seriously, the other day I sent a very excited text message because our latest litter of kittens started using the litterbox. Yes, there are a lot of things I miss, but one thing I don’t.

What bliss to wake up and know I don’t have to run around like a chicken with my head cut off in the afternoons, forcing my kids to do their homework in the car, trying to plan crock pot meals five days a week (after a while they all taste the same), finding a way to entertain two kids while one is in piano, and explaining to the crying youngest why she is too young to be in choir even though her older siblings love it so much.

Misty Danielle Copeland (born September 10, 1982) is an American ballet dancer for American Ballet Theatre (ABT), one of the three leading classical ballet companies in the United States. On June 30, 2015, Copeland became the first African American woman to be promoted to principal dancer in ABT’s 75-year history.

In 1997, Copeland won the Los Angeles Music Center Spotlight Award as the best dancer in Southern California. After two summer workshops with ABT, she became a member of ABT’s Studio Company in 2000 and its corps de ballet in 2001, and became an ABT soloist in 2007. As a soloist from 2007 to mid-2015, she was described as having matured into a more contemporary and sophisticated dancer.

In addition to her dance career, Copeland has become a public speaker, celebrity spokesperson and stage performer. She has written two autobiographical books and narrated a documentary about her career challenges, A Ballerina’s Tale. In 2015, she was named one of the 100 most influential people in the world by Time magazine, appearing on its cover. She performed on Broadway in On the Town, toured as a featured dancer for Prince and appeared on the reality television shows A Day in the Life and So You Think You Can Dance. She has endorsed products and companies such as T-Mobile, Coach, Inc., Dr Pepper, Seiko, The Dannon Company and Under Armour.