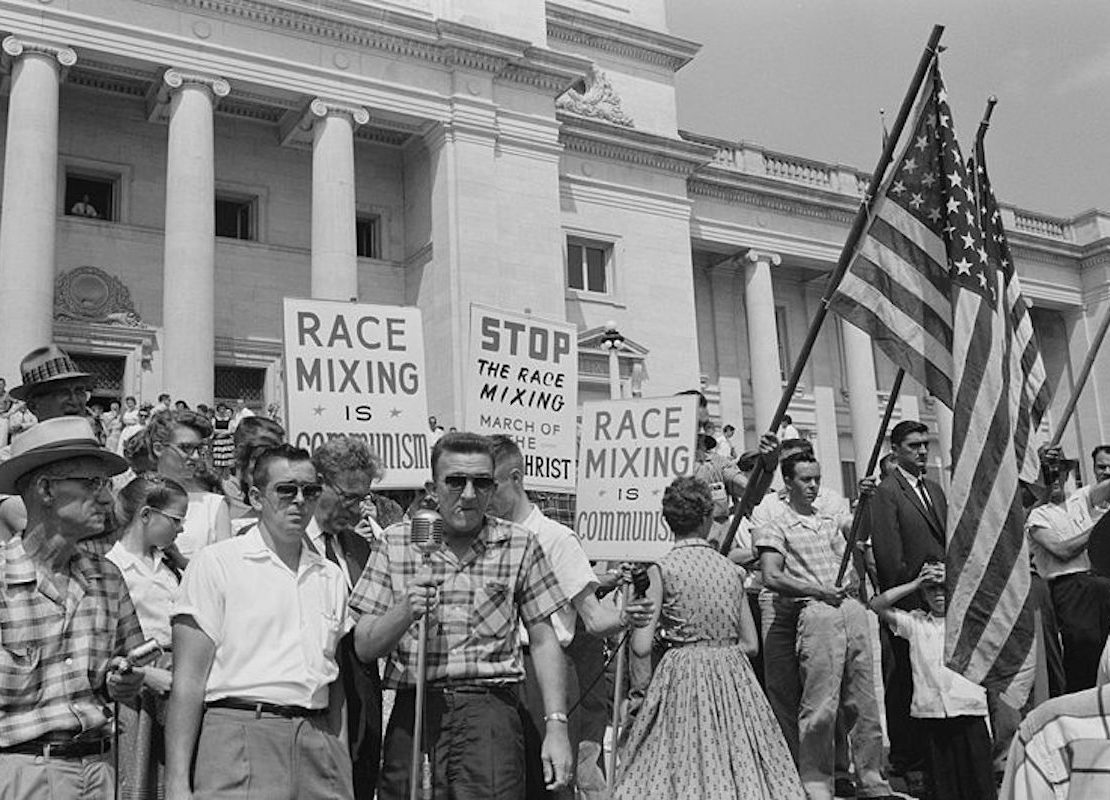 You Can’t Send Your Kids To Dance Class Right Now, But You Can Read Them ‘Bunheads’ | NPR, WAMU 88.5

After the U.S. Supreme Court’s 1954 decision in Brown v. Board of Education, school boards across the country were ordered to draft desegregation plans. The school board in Little Rock, Arkansas, drafted a plan for small numbers of Black students to begin attending previously all-white schools during the 1957-1958 school year. But when nine Black students, known as the Little Rock Nine, made their way to Central High School for the first day of classes in September 1957, they were met by angry crowds and the Arkansas National Guard blocked their entry. Arkansas Governor Orval Faubus encouraged the protestors and did everything in his power to hinder integration. Eventually, President Dwight Eisenhower deployed federal troops to Arkansas and commanded the Arkansas National Guard to escort the students to school.

Brown v. Board of Education of Topeka, 347 U.S. 483 (1954), was a landmark decision of the U.S. Supreme Court in which the Court ruled that U.S. state laws establishing racial segregation in public schools are unconstitutional, even if the segregated schools are otherwise equal in quality. Handed down on May 17, 1954, the Court’s unanimous (9–0) decision stated that “separate educational facilities are inherently unequal”, and therefore violate the Equal Protection Clause of the Fourteenth Amendment of the U.S. Constitution. However, the decision’s 14 pages did not spell out any sort of method for ending racial segregation in schools, and the Court’s second decision in Brown II (349 U.S. 294 (1955)) only ordered states to desegregate “with all deliberate speed”.

The case originated in 1951 when the public school district in Topeka, Kansas, refused to enroll the daughter of local black resident Oliver Brown at the school closest to their home, instead requiring her to ride a bus to a segregated black elementary school farther away. The Browns and twelve other local black families in similar situations then filed a class action lawsuit in U.S. federal court against the Topeka Board of Education, alleging that its segregation policy was unconstitutional. A three-judge panel of the U.S. District Court for the District of Kansas rendered a verdict against the Browns, relying on the precedent of the Supreme Court’s 1896 decision in Plessy v. Ferguson, in which the Court had ruled that racial segregation was not in itself a violation of the Fourteenth Amendment’s Equal Protection Clause if the facilities in question were otherwise equal, a doctrine that had come to be known as “separate but equal“. The Browns, then represented by NAACP chief counsel Thurgood Marshall, appealed to the Supreme Court, which agreed to hear the case.

The Court’s decision in Brown partially overruled Plessy v. Ferguson by declaring that the “separate but equal” notion was unconstitutional for American public schools and educational facilities. It paved the way for integration and was a major victory of the Civil Rights Movement, and a model for many future impact litigation cases. In the Southern United States, especially the “Deep South“, where racial segregation was deeply entrenched, the reaction to Brown among most white people was “noisy and stubborn”. Many Southern governmental and political leaders embraced a plan known as “Massive Resistance“, created by Virginia Senator Harry F. Byrd, in order to frustrate attempts to force them to de-segregate their school systems. Four years later, in the case of Cooper v. Aaron, the Court reaffirmed its ruling in Brown, and explicitly stated that state officials and legislators had no power to nullify its ruling.