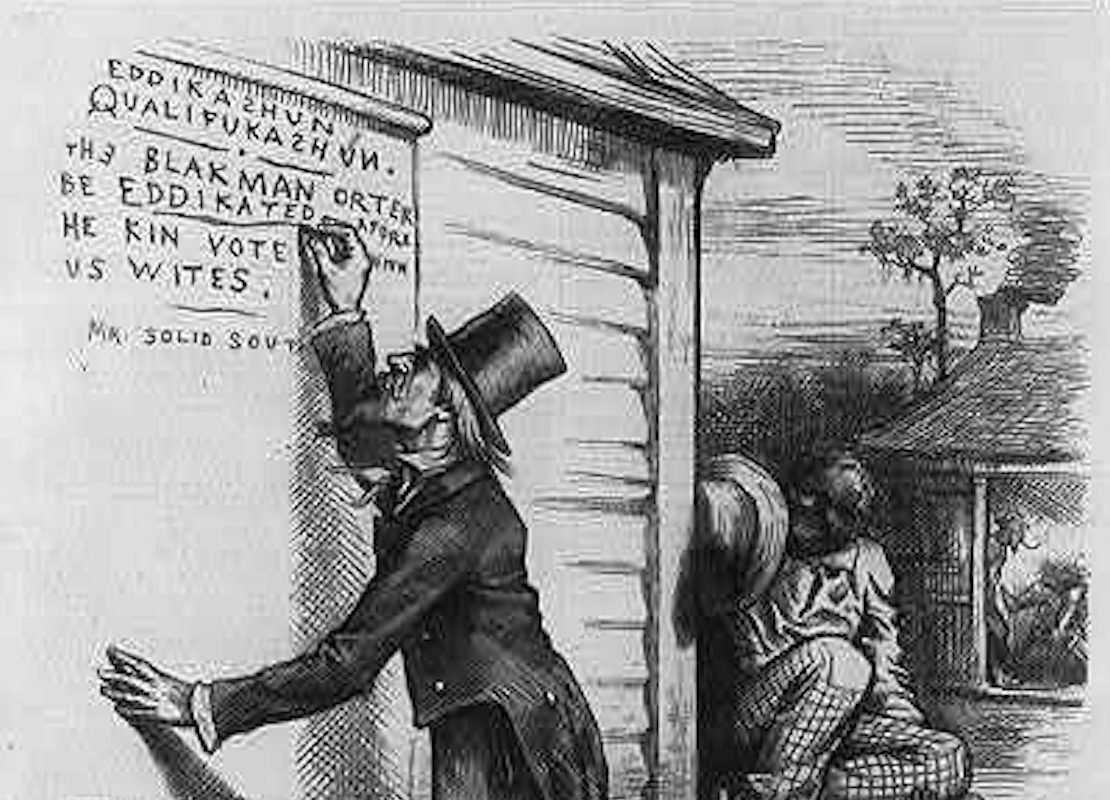 Telling the Truth About Slavery Is Not ‘Indoctrination’ | The Atlantic

People aren’t exempted from new regulations because they’re old and crotchety, even if that’s what it sounds like when we say they’re “grandfathered in.”

The term “grandfathered” has become part of the language. It’s an easy way to describe individuals or companies who get to keep operating under an existing set of expectations when new rules are put in place.

The troubled HealthCare.gov website reassures consumers that they can stay enrolled in grandfathered insurance plans that existed before the Affordable Care Act was enacted in 2010. Old power plants are sometimes grandfathered from having to meet new clean air requirements.

The Fifteenth Amendment (Amendment XV) to the United States Constitution prohibits the federal government and each state from denying a citizen the right to vote based on that citizen’s “race, color, or previous condition of servitude.” It was ratified on February 3, 1870, as the third and last of the Reconstruction Amendments.

In the final years of the American Civil War and the Reconstruction Era that followed, Congress repeatedly debated the rights of the millions of former black slaves. By 1869, amendments had been passed to abolish slavery and provide citizenship and equal protection under the laws, but the election of Ulysses S. Grant to the presidency in 1868 convinced a majority of Republicans that protecting the franchise of black male voters was important for the party’s future. On February 26, 1869, after rejecting more sweeping versions of a suffrage amendment, Congress proposed a compromise amendment banning franchise restrictions on the basis of race, color, or previous servitude. After surviving a difficult ratification fight, the amendment was certified as duly ratified and part of the Constitution on March 30, 1870.