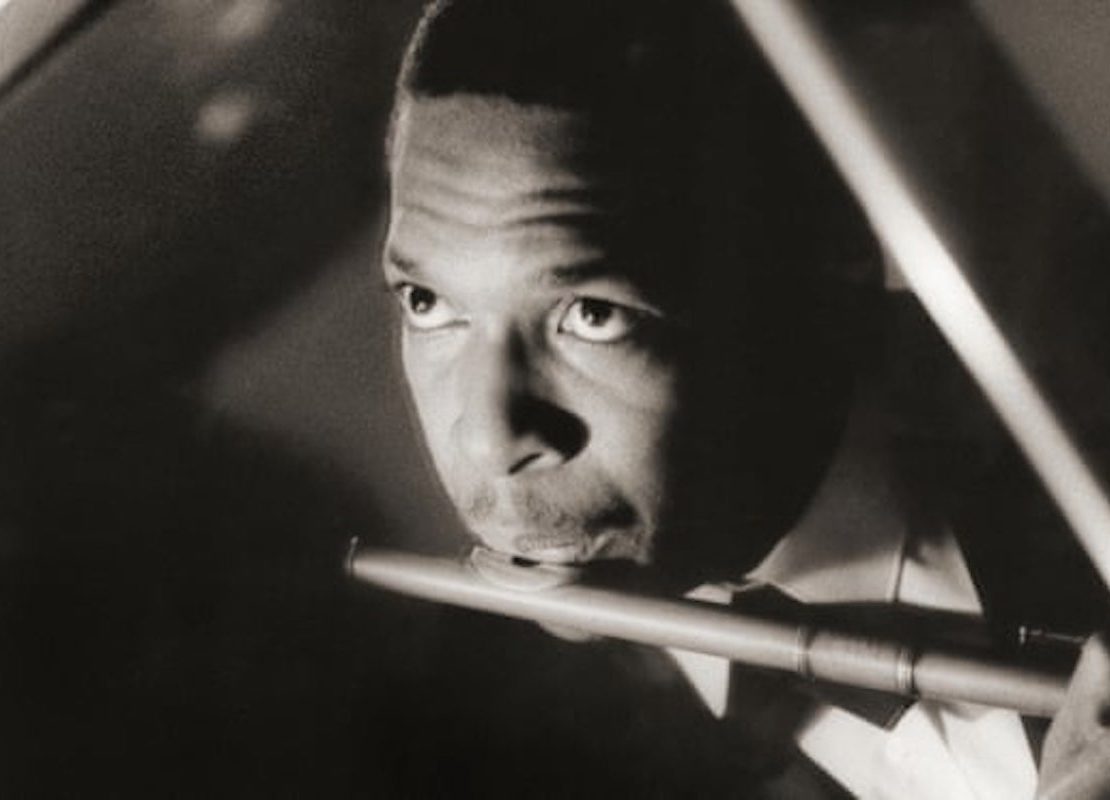 Within the same few weeks in the spring of 1959, the great saxophonist and composer John Coltrane astonishingly found the composure to play a key role on one of the most thoughtful and spacious of all jazz albums – Miles Davis’s iconic Kind of Blue – and the virtuosity and fearless insight to record one of the fastest and most intense, his own game-changing Giant Steps.

In 1959, Miles was moving toward a meditatively floating and almost chordless music in his search for a new jazz language, while Coltrane’s route was to pack his pieces with so much harmonic movement and warp-speed fast lines that it could seem as if he were trying to outrun his listeners’ aural perceptions and fool them that the hundreds of notes pouring from his horn were really one long seamlessly soulful wail. Giant Steps’ 60th anniversary is celebrated this month by Rhino’s CD, vinyl and download release, including 40 minutes of outtakes, and illuminating liner notes by Coltrane authority Ashley Kahn.