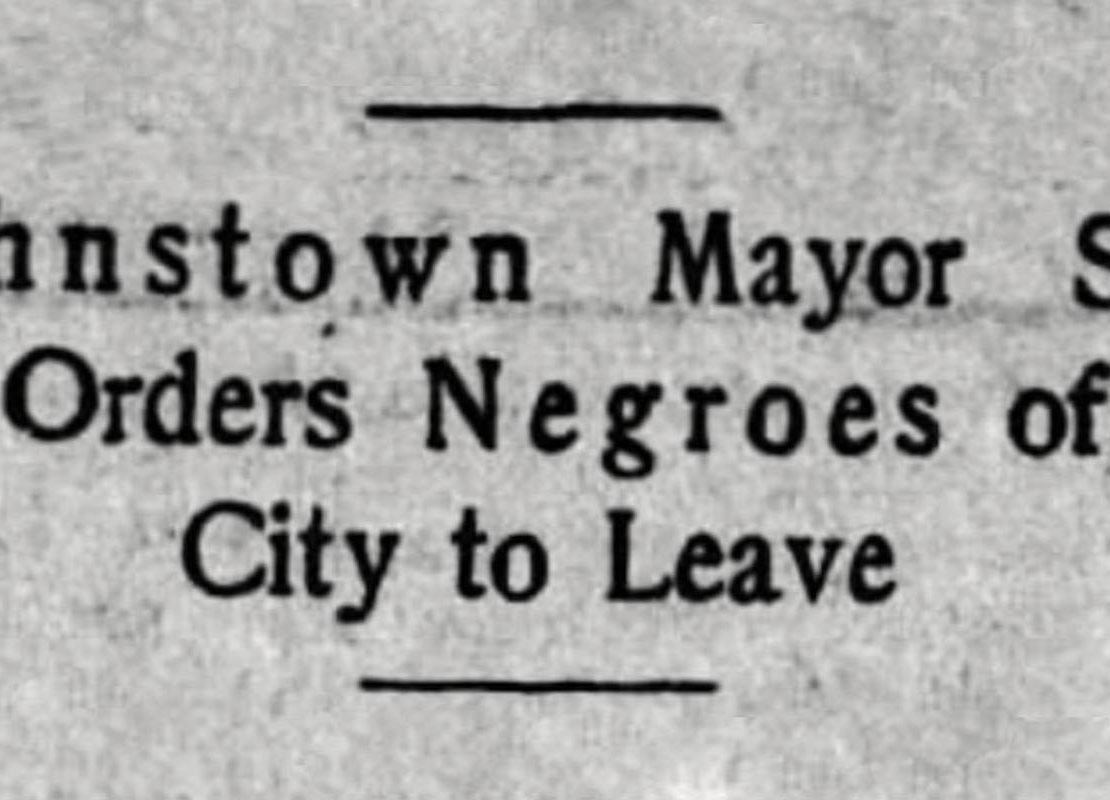 On September 18, 1923, the NAACP and the governor of Pennsylvania publicly denounced remarks by Johnstown, Pennsylvania, Mayor Joseph Cauffiel, threatening Black and Mexican migrants to leave town or risk violence.

This was a period of migration within the United States, as many African Americans began to move out of the South to the West and North,  seeking work in industrial factories and refuge from the racial violence and discrimination so prevalent in the South. The Black population of Johnstown had more than tripled over the course of a decade, growing from fewer than 500 people in 1910 to more than 1,600 in 1920 — and the growth was continuing. The Mexican immigrant community in Johnstown was smaller, but also growing, and many white residents resented both.