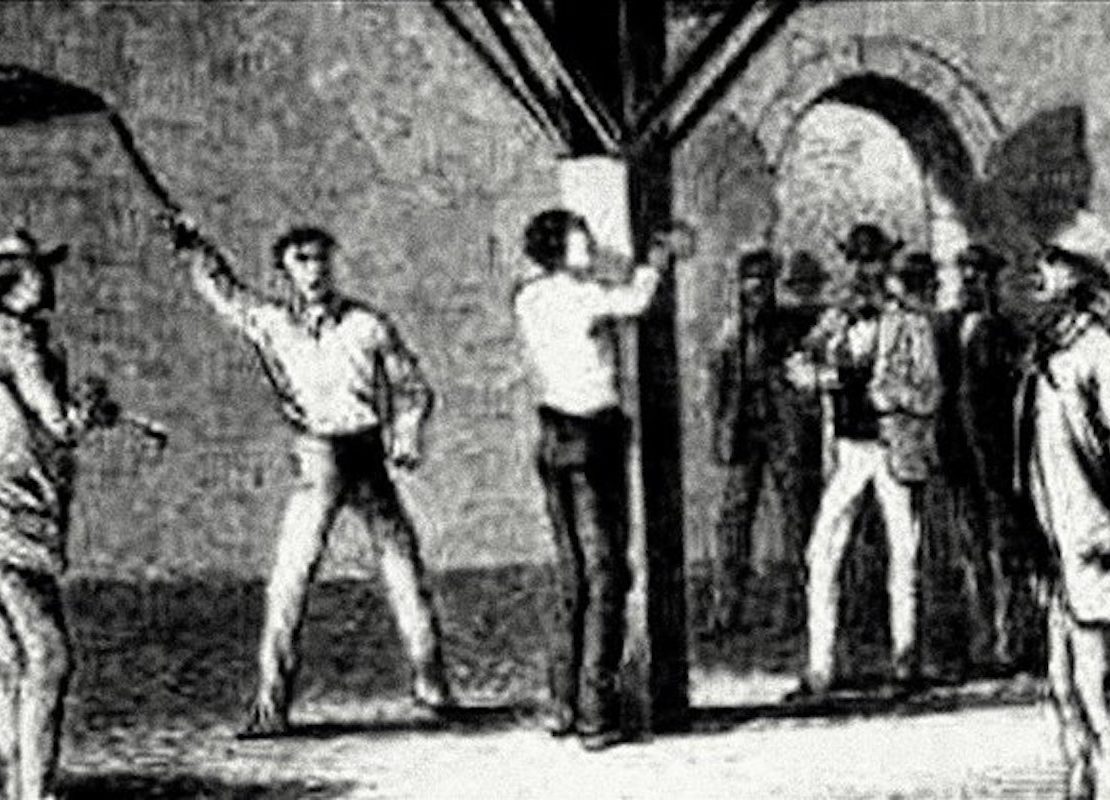 On September 17, 1630, the Virginia Assembly sentenced Hugh Davis, a white man, to be whipped for having a relationship with a Black woman. According to records, the Assembly asserted that Mr. Davis “abus[ed] himself to the dishonor of God and shame of Christians, by defiling his body in lying with a Negress.” Mr. Davis was sentenced to public whipping in front of an audience of Black people, which some historians argue was intended to serve as an example to the Black population.