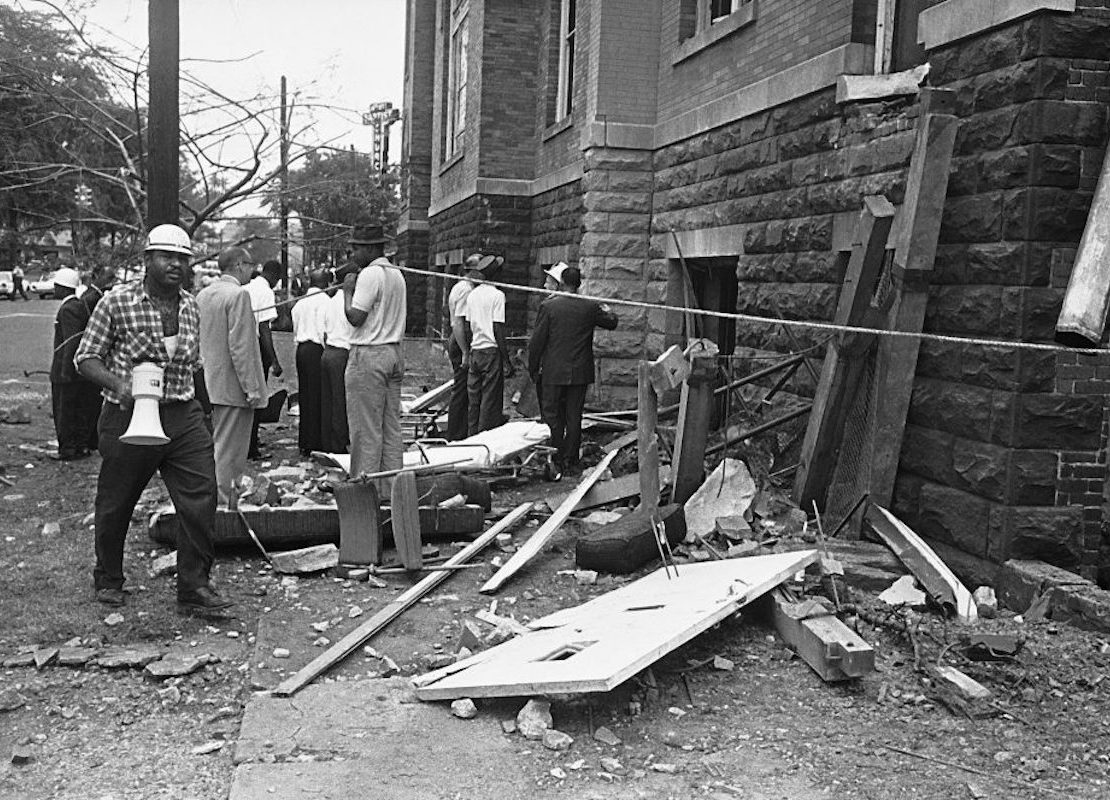 On the morning of Sunday, September 15, 1963, a white man was seen placing a box under the steps of the Sixteenth Street Baptist Church in Birmingham, Alabama. Shortly afterward, the explosives inside detonated, devastating the church building and the 400 congregants inside. Parents rushed to the Sunday school classroom to check on their children and soon discovered that four young girls had been killed in the blast: Denise McNair (11), Addie Mae Collins (14), Carole Robertson (14), and Cynthia Wesley (14). More than twenty others were injured.

In 1963, the Sixteenth Street Baptist Church was the largest Black church in Birmingham, Alabama, and served as a meeting place for civil rights activities. As demonstrations to desegregate public spaces and secure Black voting rights became more frequent and visible, meeting places like the church became targets for white segregationists looking to terrorize Black activists and their supporters.