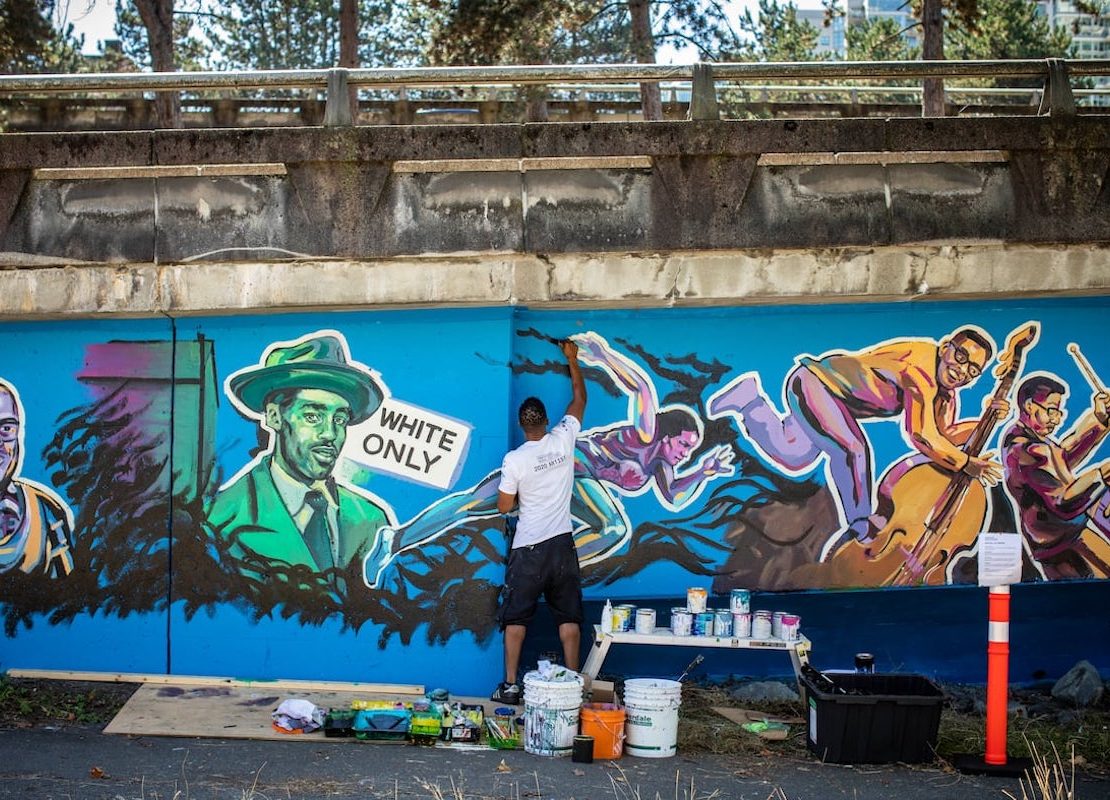 Walking along Union Street next to the Dunsmuir Viaduct isn’t so grey and dreary anymore.

Artist Anthony Joseph has filled the face of the concrete structure near Main Street with colourful hues, bringing prominent Black figures to life in what was once a thriving neighbourhood called Hogan’s Alley — before it was demolished to make way for the elevated viaducts connecting downtown with East Vancouver.

Joseph’s mural, part of the Vancouver Mural Festival, is being created in partnership with the Hogan’s Alley Society, which advocates for the preservation and promotion of Black history in Vancouver.