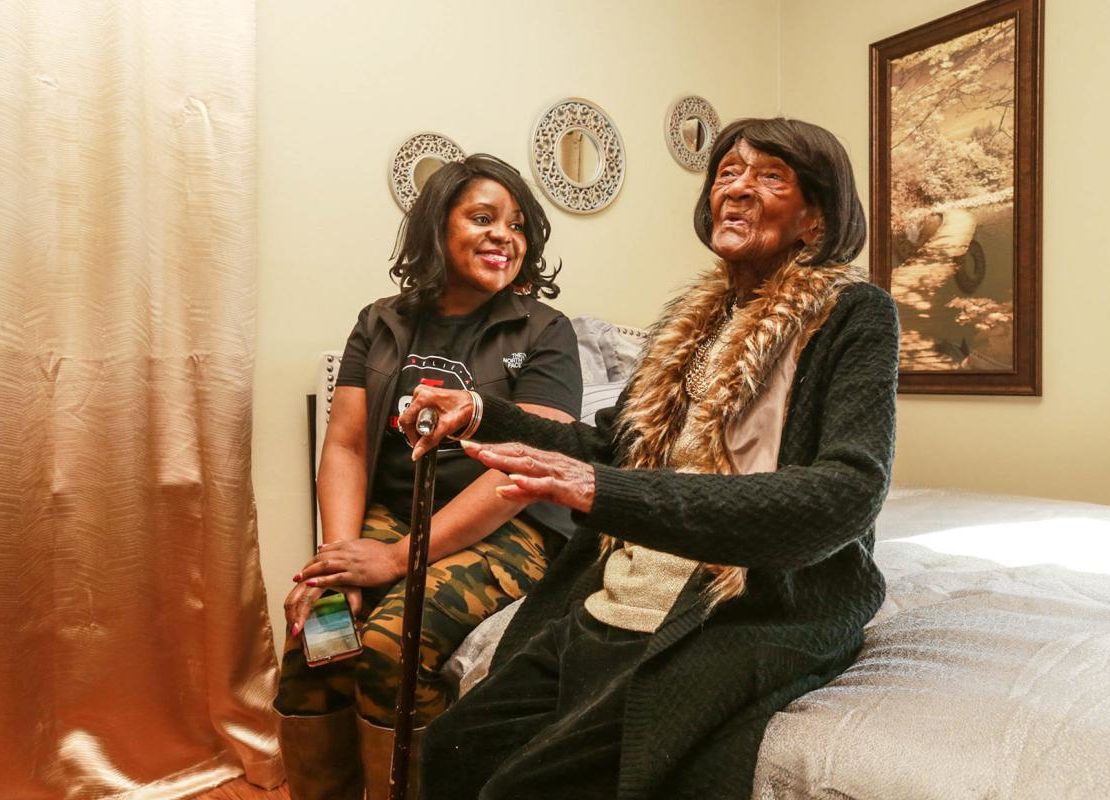 By Adam Gabbatt, The Guardian

A group of Oklahomans, led by 105-year-old woman, filed a lawsuit on Tuesday demanding reparations for the 1921 Tulsa race massacre which saw white mobs burn down a thriving black neighborhood and kill hundreds of people.

The lawsuit alleges that the massacre, one of the worst acts of racial violence in US history, still overshadows the neighborhood of Greenwood, and that racial inequality in Tulsa today can be traced back to the events of almost 100 years ago.

An estimated 300 black people were killed on 31 May and 1 June 1921, after a white mob, backed by local authorities and police, destroyed 35 city blocks and displaced thousands of African Americans.

Featured Image, Lessie Randle (right), one of the last known living survivors of the 1921 Tulsa Race Massacre sits in the bedroom of her home alongside Dr Tiffany Crutcher as she finally sees her restored home at the age of 105, taken in Tulsa, Okla., on March 7,2020. The project was organized by the Terence Crutcher Foundation led by Dr Tiffany Crutcher, Revitalize T-Town and other community members. JAMES GIBBARD/for the Tulsa World
Full article @ The Guardian