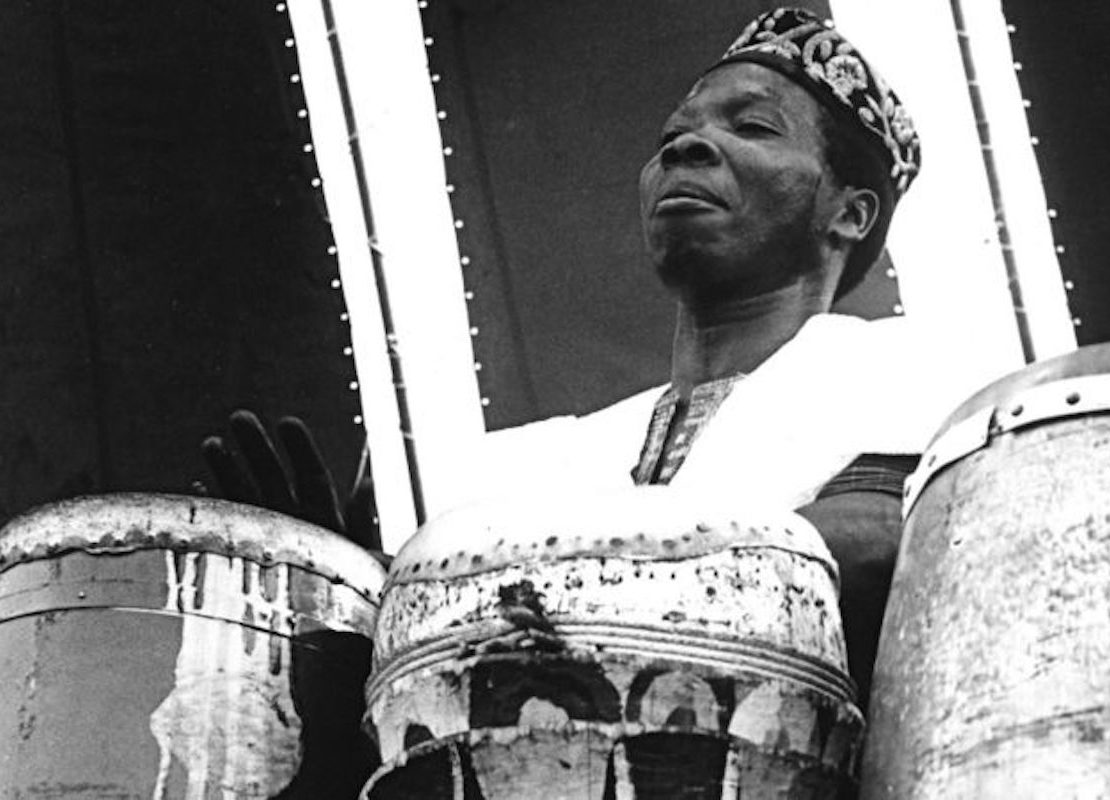 Three years before Rosa Parks’ bus boycott, Nigerian drummer Babatunde Olatunji protested against racial segregation in the southern states of America. He was part of a generation of Africans who played an important role in the fight for racial justice in the US – and continue to do so, writes the BBC’s Aaron Akinyemi.

“The leaders in the 50s and 60s provide me with a great deal of inspiration,” Nigerian-American activist Opal Tometi, co-founder of the Black Lives Matter movement, told the BBC.When Martin Luther King Jr delivered his historic I Have a Dream speech during the March on Washington 57 years ago, around 250,000 people attended the event, including prominent figures such James Baldwin, Harry Belafonte and Sidney Poitier.Among the guests was perhaps a slightly more unexpected figure – Nigerian drummer Babatunde Olatunji.Born in 1927 to a Yoruba family in Lagos state, Olatunji won a scholarship to study at Morehouse College in Atlanta in 1950.