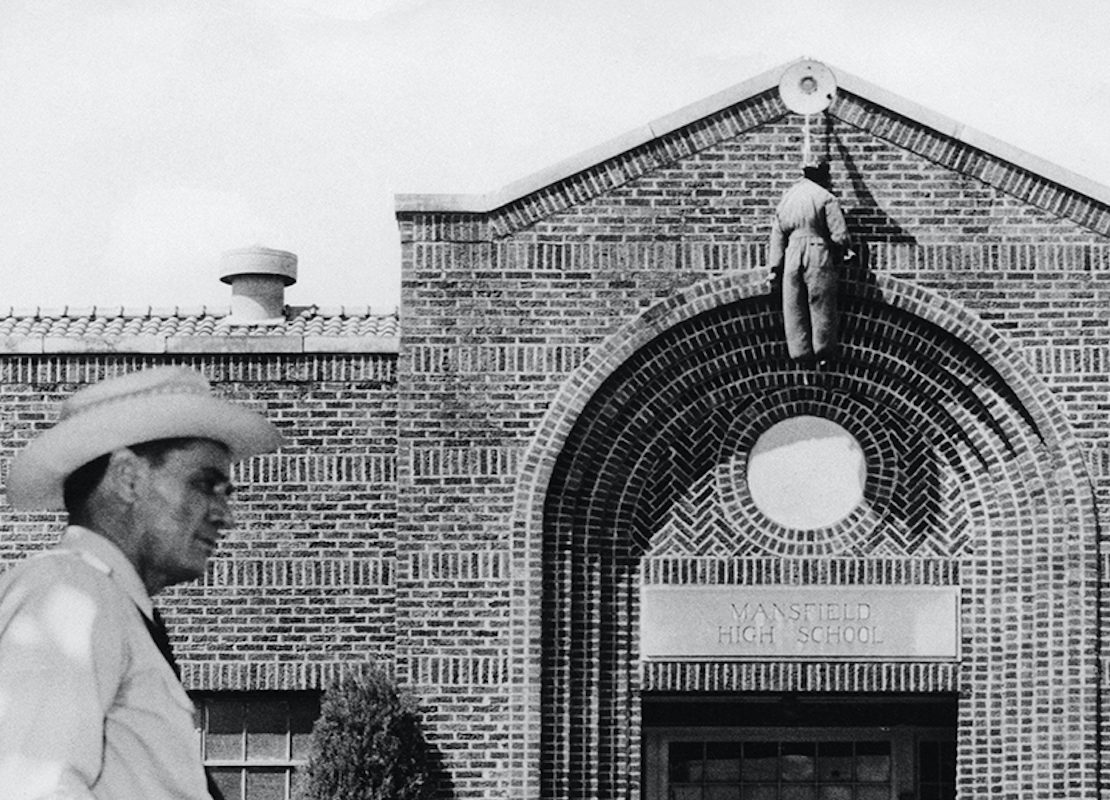 A Century Ago, One Lawmaker Went After the Most Powerful Cops in Texas. Then They Went After Him. | Mother Jones

On August 30, 1956, the first day of school, mobs of white pro-segregationists guarded Mansfield High School and patrolled the streets threatening to use guns and other weapons to prevent Black children from registering. Outside the school, the mob hung an African American effigy at the top of the school’s flag pole and set it on fire. Attached to one pant leg of the effigy was a sign that read, “This Negro tried to enter a white school. This would be a terrible way to die.” On the other leg, a sign read, “Stay Away, Niggers.” A second effigy was hung on the front of the school building.