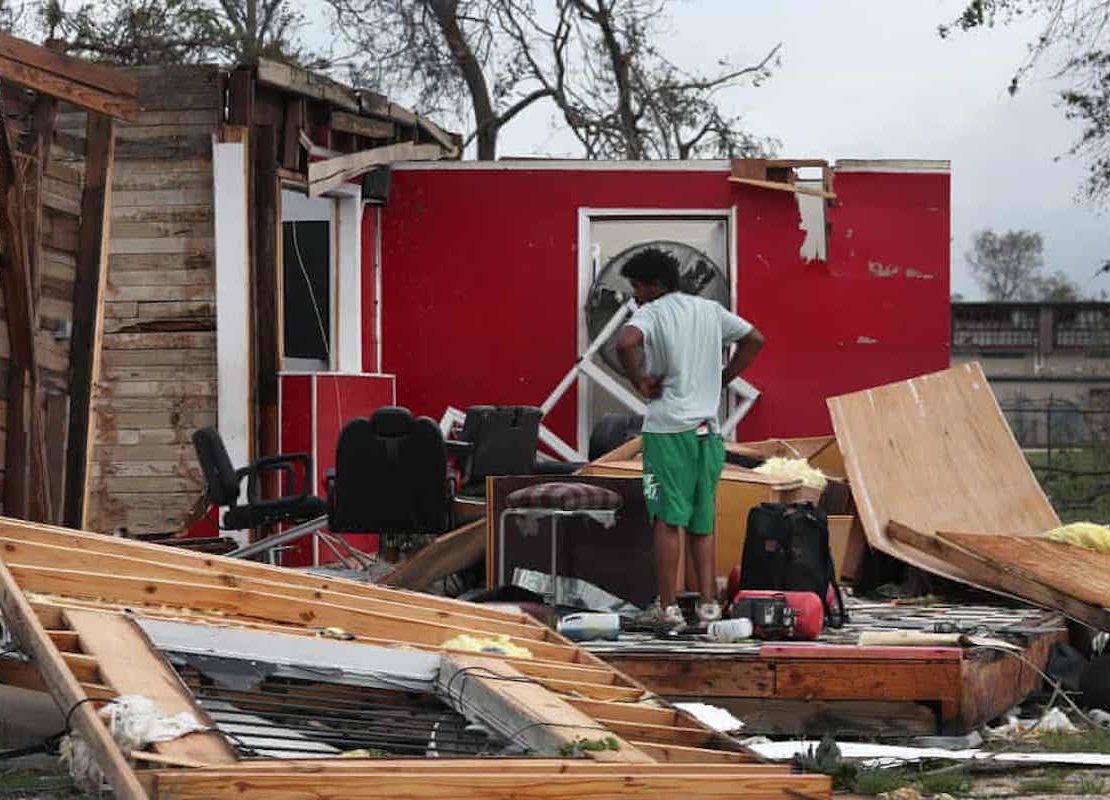 By Adam Gabbatt, The Guardian

As Hurricane Laura moved inland on Thursday morning, photos and videos from meteorologists and storm chasers showed the damage the storm – the worst to hit Louisiana for more than a century – had left behind.

Lake Charles, a city of 80,000 people, 50 miles from the Gulf of Mexico where the hurricane came ashore overnight, was among the towns that bore the brunt of the storm, which brought winds of 150mph.

Louisiana’s governor, John Bel Edwards, told CNN there had been no reported deaths as of 8.30am ET, but warned: “I don’t know how long that will hold up.”