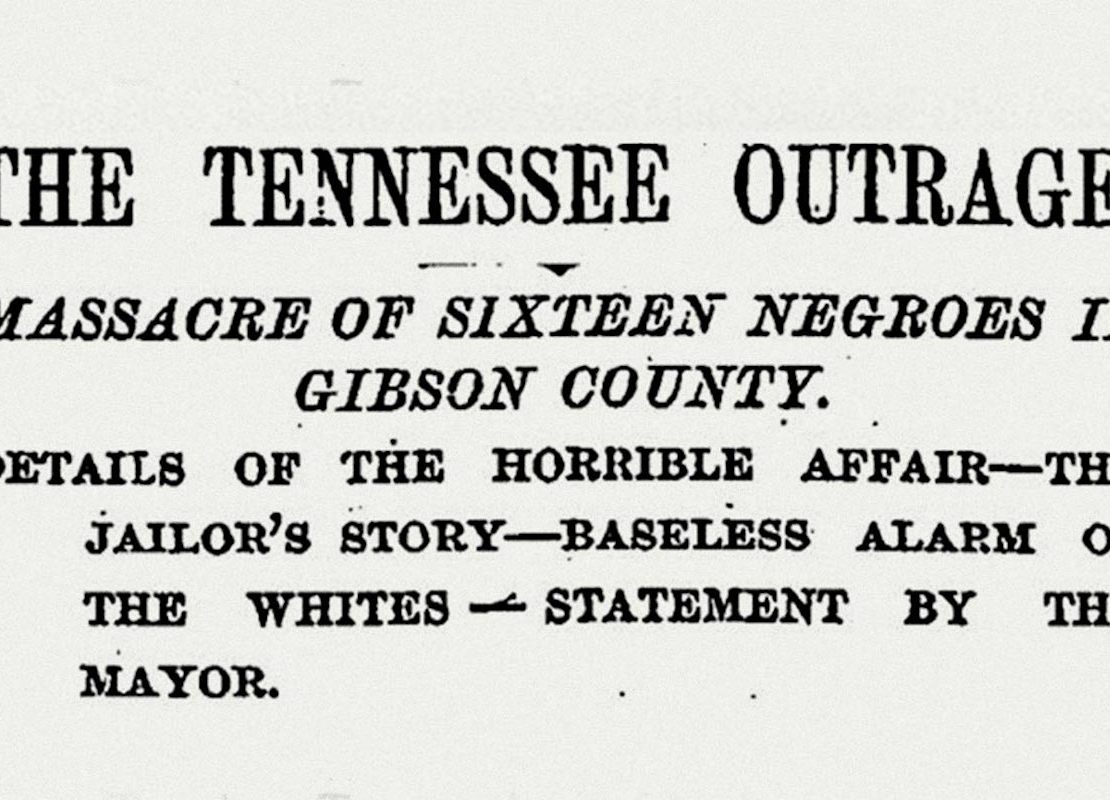 On August 26, 1874, sixteen African American men were seized from the Gibson County Jail in Trenton, Tennessee, and lynched. The group had been transferred from Picketsville, a neighboring town where they’d been arrested and accused of shooting at two white men.

Around 2 a.m. that morning, a contingent of 400-500 masked white men, mounted on horses and armed with shotguns, demanded entrance to the Gibson County Jail. The men confronted the jailer and threatened to kill him if he did not relinquish the keys to the cell holding the African American men. After the jailer gave the leader of the mob the key, the members of the mob bound the Black men by their hands and led them out of the jail cell. The jailer would later testify that he soon heard a series of gun shots in the distance.